Remember reruns?  In the age of streaming content, I don’t know if reruns are even a thing anymore.  If not, good riddance!!

Seriously, was there anything as disappointing as waiting all week for the next episode of your favorite show only to have it be a rerun?

Aside: yes, we used to have wait all week for the next episode of our favorite shows.

As much as I despised reruns as a viewer, I love them as a blogger.  They’re the perfect antidote to writer’s block. So, here goes.

The VBA’s Tech Day is next month.  The agenda is fantastic.  It includes seminars on several topics upon which I’ve blogged in my ongoing effort to remind lawyers that the duty of competence includes tech competence.

Last October, I posted Competence, ESI, and E-Discovery.  It referenced several topics, including:

Last September, I posted Protecting Data: Cybersecurity Tips.  I followed up in February with  ABA Journal Provides Cybersecurity Tips.  Each post refers back to my post on the electronic transmission & storage of client information: The Cloud: What are Reasonable Precautions? Indeed, I’ve often blogged on Encryption & The Evolving Duty to Safeguard Client Information.

Finally, I’ve blogged on using technology to become more efficient.  My post Fees. Is there an App for that? refers to an ABA Journal post that discusses how technology can help lawyers bill more than 2.24 hours per day that, on average, they currently bill.  And, in Tech Competence: It includes more than you might think, I cautioned that a lawyer who isn’t competent in basic tech runs the risk of violating Rule 1.5 by over-billing clients.

I think the networks might have used reruns to build anticipation for the final few episodes of a show’s season.  Most of those episodes ran in May.

Well, I’ve posted some reruns here today. Hopefully they build anticipation for VBA Tech Day.  A terrific conference on tech-related issues that will take place in, you guessed it, May. 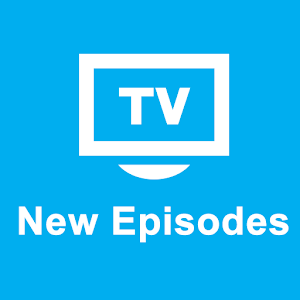 Do any of these sound familiar?

The story is a cautionary tale entitled How Technology Illiteracy Can Cost Solos Big Money.  It’s by Carolyn Elefant and appears on the Above The Law blog.

Don’t have a lot of time?  Ok.  At least check out the part where Carolyn writes “I want to commend every solo and small firm lawyer to read this train wreck of a decision closely to learn how not to run a law office.”  The decision was issued last month by the United States District Court for the Eastern District of New York. If you don’t have time to read the decision, Carolyn’s blog summarizes it nicely.

Take the time to read the blog and the decision.  The money (and law license) that you save might be yours.

Only one thought for you NBA fans: Kyrie Irving didn’t play in last year’s finals.  Thank goodness. Otherwise the phrase “three-peat” would be all over the airwaves today.

As long-time readers know, the duty of competence includes tech competence.  With that in mind, what’s the most common basis for a court to issue a sanction for a discovery violation related to Electronically Stored Information?

At a seminar I did earlier this week, I explained that “the rule used to be that no matter what you called it, it had to go into trust until earned.  That rule has been somewhat relaxed.”

I need a rather specific answer here.  “Client money” won’t cut it.

FILL IN THE BLANK

The ethical duty of competence also includes knowing how to introduce (or object to) evidence.  In a case it decided this year, the Vermont Supreme Court stated that:

A former client posts a negative review of you online.  Which is most accurate?

1.6(c) allows disclosure if there is a court case. The court of public opinion does not qualify. I suppose there may be a way to respond without disclosing confidential information. For example, “The Shangri-la Law Firm strives to provide high-quality legal representation that is tailored to our client’s goals. If your experience fell short of our firm’s standards, please contact our managing director G. Edward Percival, IV, Esq.

For more on online reputation management, see the cites that I’ve pasted in below the answer to Question 5.

Speaking of technology and evidence, a trial that’s taking place in LA made the news this week.    The issue at trial is whether a band “stole” a rift from another writer’s song and used the rift in one of the most (over)played songs in classic rock history.  During his opening statement, the plaintiff’s attorney played a video that showed a musician playing the plaintiff’s song, then the defendant’s.   The video was not on the exhibit list. The trial continues, but by playing a video that wasn’t on the exhibit list, plaintiff’s attorney might cause a mistrial.

Name the band that’s on trial.

Led Zeppelin.  An account of the opening statement is HERE. Bonus to Hal Miller for knowing the song at issue is “Stairway to Heaven.”

In re the Matter of David J. Steele, Ind. Supreme Court No. 49S00-1509-DI-527 (Ind. 2015) (among other violations, Indiana lawyer disbarred for, by his own description, “actively manipulate[ing his] Avvo reviews by monetarily incentivizing positive reviews, and punishing clients who wr[o]te negative reviews by publicly exposing confidential information about them.” Responses to the negative reviews included numerous false statements)

• People v. James C. Underhill Jr., 2015 WL 4944102 (Colo. 2015) (Colorado lawyer suspended for 18 months for, among other violations, disclosing confidential information in response to internet complaints about his fees and services)

• In the Matter of Tsamis, Ill. Att’y Registration and Disciplinary Comm’n, Comm’n No. 2013PR00095 (Ill. 2014) (Chicago lawyer reprimanded for revealing confidential information when responding to a negative review on the legal information website Avvo)

• In re Quillian, 20 DB Rptr 288 (Or. 2006) (Oregon lawyer suspended for 90 days for publishing confidential information about former client in listserv post)

• Wash. St. B. Ass’n, Advisory Op. 2014-02 (2014) (lawyer who claims information on a website listing becomes responsible for ensuring that info in the list conforms to the RPC; lawyer must delete false or misleading comments or endorsements attached to lawyer’s profile; and lawyer may endorse another lawyer only if the endorsement is accurate)

• B. Ass’n of San Francisco, Ethics Op. 2014-1 (2014) (stating that while lawyers may respond to an online review, the duty of confidentiality still prevents any disclosure of confidential information without the client’s consent)

• Pa. B. Ass’n, Formal Op. 2014-300 (2014) (lawyer may not give detailed response to on-line criticism of the lawyer by a client; lawyers also may just ignore the on-line criticism; the self-defense exception is not triggered by a negative on-line review)

• N.Y. St. B. Ass’n, Op. 1032 (2014) (lawyer may not disclose confidential client information solely to respond to former client’s criticism of the lawyer posted on a lawyer-rating website)

• Los Angeles County B. Ass’n, Ethics Op. No. 525 (2012) (lawyer may publicly respond to comments published by a former client if (1) no confidential information is disclosed, (2) the response does not injure the former client in any matter involving the prior representation, and (3) the response is proportionate and restrained)

• S.C. B, Ethics Advisory Op. 09-10 (2010) (once lawyer claims website listing, information contained therein are subject to rules governing communication and advertising; lawyer may invite peer reviews and comments but such comments are governed by the RPC and the lawyer is responsible for the content)

Thanks to an attentive reader, I have a follow-up to this morning’s post.  I’ll paste in the post here:

For over a year, Kevin Ryan and I have been talking about, some might say ‘warning of’, looming changes to the legal profession.  Kevin was the first person I heard speak of the “uberization of the law.”  Since then, we’ve mentioned at it at every seminar we’ve presented together.  We usually don’t get much of a response beyond “that’s cool, can we move on to the practical stuff now.”

And, from Robert Ambrogi’s LawSites blog, here’s the latest on apps and the “uberization of the law.”

Now, for the update.

I understand the app isn’t yet available. However, when it is, a few thoughts.

According to the article, the developer of the app, Jason Velez,

That’s great and, generally, there’s nothing wrong with answering quick and simple legal questions at no cost.  But, a few things to keep in mind:

I’ve mentioned this in other contexts:  Rule 6.5 relaxes the conflicts rules when lawyers provide short-term legal services, with no expectation of continuing representation, in nonprofit & court-annexed limited legal services programs.  One might argue that providing free or low-cost advice to generate good will & leads is not the same as volunteering at a Saturday morning legal clinic.

In short, embrace technology, especially to the extent it can streamline your practice and make you a better and more efficient lawyer.  But remember, the rules continue to apply.

For over a year, Kevin Ryan and I have been talking about, some might say ‘warning of’, looming changes to the legal profession.  Kevin was the first person I heard speak of the “uberization of the law.”  Since then, we’ve mentioned at it at every seminar we’ve presented together.  We usually don’t get much of a response beyond “that’s cool, can we move on to the practical stuff now.”

Well, many people consider apps to be practical.

And, from Robert Ambrogi’s LawSites blog, here’s the latest on apps and the “uberization of the law.”

A few updates on issues related to tech ethics.

In other words, I’m suffering from writer’s block and don’t have an original thought to post today.

A few weeks ago, I blogged on cloud storage.  Many lawyers want a recommendation as to the best cloud storage vendors.  That’s not something I’m supposed to do.

However, I can point you to this:  Robert Ambrogi is one of nation’s leading commentators on legal technology, with his LawSites blog consistently one of the best.  Earlier this week, he reviewed Citrix Sharefile.  The review is HERE.

Also, for those of you who were in Montreal, you’ll recall that I mentioned that Ravel Law and Harvard Law Library had partnered to make HLL’s entire collection available for free online.  When it was announced last fall, the project was heralded as a significant change in the access to justice landscape.  As Ambrogi updates,  Ravel and Harvard have the complete collection of California caselaw online.

Speaking of legal technology and access to justice, if you’d like to contribute to A2J while at the same time honoring Bob Paolini’s service to the VBA, check out this post from a few days ago.

Thank you to everyone who offered their condolences on the Steelers playoff loss.  I’m over it and am looking forward to next season, when I’ll resume climbing the Stairway to Seven.