This should serve as a cautionary tale for lawyers planning to leave their firms.

Earlier this month, the Supreme Judicial Court of Massachusetts held that lawyers who took proprietary information from their firm before leaving to start their own could be liable for unfair and deceptive business practices.  The opinion is here.  The ABA Journal, Holland & Knight, and the Boston Business Journal (sub. req.) reported the story.

I’ve previously blogged on the duties when a lawyer departs a law firm.

My prior posts assumed a relatively amicable transition.  The Massachusetts case involved something different.

The Governo Law Firm (GLF) focuses on insurance defense in asbestos litigation. In 2016, several non-equity partners planned to offer to buy the firm while simultaneously preparing to leave the firm to start their own.

In October, they defendants surreptitiously downloaded materials from GLF’s computers to thumb drives. Per the Court’s opinion, “the materials copied included three different types of information: a research library, databases, and administrative files.”  The non-equity partners snuck the thumb drives out of GLF.

Then, on November 1, the non-equity partners incorporated a new firm: CMBG3.  On November 18, they made an offer to the founder.  They indicated that they would resign in 30 days if the offer were rejected.  That day, the founder rejected the offer.  Three days later, the non-equity partners started operating their new firm, using the proprietary information they’d taken from the old.

GLF sued, alleging conversion, breach of the duty of loyalty, conspiracy, and violation of Massachusetts’ laws on unfair and deceptive trade practices act.  An expert testified that the purloined information had been built over years at a cost of over $200,000 to the firm “and provided a competitive advantage to GLF over other law firms within the field of asbestos litigation.” Additional evidence established that one of the defendants sent “a text message to another attorney defendant informing the attorney that she should bring a gym bag when she removed materials, in order not to arouse the suspicions of building security.”

A jury returned a verdict of $900,000 for conversion and conspiracy but did not find the defendants liable for unfair & deceptive trade practices.   GLF appealed, arguing that the judge had improperly instructed the jury that it could not consider the defendants conduct prior to leaving the firm in connection with the unfair & deceptive trade practices claim.

The Supreme Judicial Court agreed and remanded the claim for a new trial. The Court noted:

As such, the trial court erred by instructing the jury not to consider the defendants’ pre-departure conduct.

Then, Holland & Knight concluded by offering these “takeaways:”

As always, be careful out there.  Along the way, don’t take information that isn’t yours to take.

What can you take?  Check out my prior posts.

In the meantime, if the information is such that you decide it’s best to sneak it out of the firm in a gym bag, well, there’s a sign.

Duties to Clients when a Lawyer Leaves a Firm

In September, I posted Leaving A Law Firm: Breaking Up Is Hard To Do.  The post highlights the duties that a departing lawyer and firm owe to clients. It’s based (mostly) on a formal advisory opinion that the ABA issued in 1999.

Then, in December, I posted this update after the ABA Standing Committee On Ethics And Professional Responsibility issued Formal Opinion 489: Obligations Related to Notice When Lawyers Change Firms.

Thank you Professor Bernabe for the tip.

The blog was founded on the slogan “Competence Includes Tech Competence.”  In January, and following a CLE in which I was fortunate to present with a group of highly competent litigators, I posted Competence & E-Discovery. I think it’s an okay refresher.

Last week, I fell down a rabbit hole of old articles on legal ethics and found an ABA Journal post from 2014: Looking back on Zubulake, 10 years later.  To me, it’s an interesting and informative review of the landmark decision, a decision that, really, thrust “tech competence” into the parlance.

Last week, I blogged about the Utah Supreme Court’s decision to adopt significant changes to the Rules of Professional Conduct and the manner in which the provision of legal services is regulated. In short, acknowledging that the rules can serve as a barrier to accessing affordable legal services, the Utah Court issued Standing Order 15 which:

Update: The day after my post, the Arizona Supreme Court adopted similar reform  Per this press release, the “goal is to improve access to justice and to encourage innovation in the delivery of legal services. The work of the task force adopted by the Court will make it possible for more people to access affordable legal services and for more individuals and families to get legal advice and help. These new rules will promote business innovation in providing legal services at affordable prices.”  The changes:

In September, I posted Leaving A Law Firm: Breaking Up Is Hard To Do.  The post highlights the duties that a departing lawyer and firm owe to clients. It’s based (mostly) on a formal advisory opinion that the ABA issued in 1999.

Yesterday, the ABA’s Standing Committee On Ethics And Professional Responsibility issued Formal Opinion 489: Obligations Related to Notice When Lawyers Change Firms.  The entire opinion is worth reading.  Here’s an outline of the key duties owed to clients.

The duties flow to clients with whom the departing lawyer had “significant client contact.”

Per the ABA Opinion, ‘” ‘significant client contact’ would include a client identifying the departing lawyer, by name, as one of the attorneys representing the client.”

By contrast, the opinion is clear that “a departing attorney would not have ‘significant client contact,’ for instance, if the lawyer prepared one research memo on a client matter for another attorney in the firm but never spoke with the client or discussed legal issues with the client.”

The clients with whom the lawyer had “significant client contact” must promptly receive notice that the lawyer is leaving.  While the lawyer and firm may notify clients independently of each other, they should try to agree to a joint notification.  If the departing lawyer notifies clients of a pending move, the lawyer must provide contemporaneous notice to the firm.

That the lawyer is leaving and that clients can choose to go with the lawyer, remain with the firm, or choose new counsel altogether.  The key lines here:

Also, no matter who informs the clients that the lawyer is leaving, no lawyer may make “false or misleading statements to clients.”

Again, this post is but an outline.  I tried to highlight the portions of the opinion that respond to the inquires I typically receive from lawyers and firms when a lawyer departs.

As mentioned in my prior post, breaking up is hard to do.  But whatever you do while breaking up, do no harm to clients.

I promise no Neil Sedaka references.

It’s not uncommon for lawyers to contact me for guidance when leaving a law firm to practice somewhere else.  I’ll share some of that guidance later in this post.  I’ll start, however, with guidance on what not to do:

Last month, a Missouri court ordered a lawyer to pay approximately $775,000 to her former firm for conduct associated with improperly taking files when she departed.  The order followed prior contempt findings that, among other things, resulted in the lawyer spending two nights in jail.  The ABA Journal, St. Louis Post-Dispatch, Legal Reader, and Professor Bernabe’s Professional Responsibility Blog reported on the story.

. . . the lawyer left her firm in February 2018.  During an exit interview, she told the firm that she had not taken any client files or information belonging to the firm.  In fact, one week prior to leaving, the lawyer impermissibly transferred more than 22,000 data files (including client files) to a flash drive. Many of the client files she took belonged to clients for whom she had never done any work.

The firm found out almost immediately and filed for injunctive relief.  The firm and the lawyer entered into a consent order under which the lawyer agreed to return the data files and destroy electronic copies.

She didn’t.  As a result, in January 2019, she was held in contempt, ordered to abide by the consent order, and ordered to make her devices available for forensic review.

She didn’t.  Once she did, a forensic inspection revealed that, after the initial contempt finding, the lawyer and an assistant transferred files from her devices to the cloud.  The court concluded that the lawyer moved the files to the cloud as part of an attempt to hide the fact that she continued to possess copies.  As a result, she was held in contempt (again!) and ordered to spend two nights in jail.

Last month, the lawyer filed a confession of judgment in which she admitted her wrongs and agreed to pay her old firm $557,252.08.

Yes – over half a million dollars. Talk about no more carefree laughter.

That’s what not to do.

As for a “to do” list, I’ve included several helpful resources at the end of this post.  Many draw from ABA Formal Opinion No. 99-414: Ethical Obligations When a Lawyer Changes Firms.

The key takeaway from ABA Opinion: both the firm and the departing lawyer must ensure that the lawyer’s departure does not have a “material adverse effect on the interests of the clients with active matters upon which the lawyer is currently working.”

Here’s an outline of the rest of the ABA Opinion:

Meanwhile, the firm should ensure that the client file and any unearned fees follow the client if the client leaves the firm. (I’d caution against transferring a file or funds without the client’s written consent.)

That being said, a lawyer who is leaving a firm should exercise restraint when packing.  Here’s a blurb from the Illinois Attorney Registration & Disciplinary Commission’s Leaving a Law Firm: A Guide to the Ethical Obligations in Law Firm Departure:

Or, as the San Diego County Bar Association advises:

I’ll end with this.

A very good friend once told me that if things ended well, they wouldn’t end.  Excellent point, and one that made sense in the context of what we were discussing.

However, in the context of a lawyer’s departure from a law firm, I prefer “some things end better than others.”  Thus, I think it’s critical for lawyers and firms not to make the breakup any worse than necessary. Or, as the Washington State Bar Association concluded last year in Advisory Opinion 201801:

In other words, do no harm to the client.

Because breaking up isn’t easy, I know.  Sparing the client harm?  Knowing me, knowing you it’s the best we can do.

See. I told you there’d be no Neil Sedaka references. 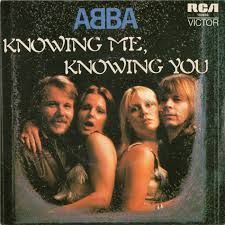