Earlier today I came across this opinion in which the Indiana Supreme Court reprimanded a lawyer who impermissibly communicated with a represented person.  I did so via this post on the Legal Profession Blog.  The factual scenario isn’t dissimilar from a common inquiry topic. So, I thought I’d share the opinion as a helpful reminder on the scope of Rule 4.2, the so-called “no contact rule.”

Indiana’s rule is the same as Vermont’s.

“In representing a client, a lawyer shall not communicate about the subject of the representation with a person the lawyer knows to be represented by another lawyer in the matter, unless the lawyer has the consent of the other lawyer or is authorized by law to do so.”

A hearing officer concluded that the lawyer violated the rule. On appeal, the lawyer made three arguments.  Here’s my summary:

I often ask lawyers who contact me with this scenario to tell me the reason they wish they could communicate with the represented person without going through counsel.  Once they hear themselves answer, they understand:[ii] their reason is the exact reason that we have the rule.

[i] For JEB: my parents went away on a week’s vacation!

[ii] Even those who are parents.

When I was a kid, Rick Springfield was all the rage. Singing Jessie’s Girl and playing Dr. Noah Drake on General Hospital will do that. 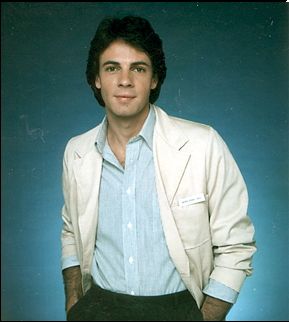 Today, however,  I’m reminded of a Springfield song that I associate with the “couples skate only!” announcement at Skateland.  When it comes to professional responsibility, lawyers would be wise to treat “represented persons” as Springfield did “strangers.”

Don’t talk to them.

Rule 4.2 of the Vermont Rules of Professional Conduct is the “no-contact” rule.  When a lawyer is representing a client, the rule prohibits the lawyer from communicating “about the subject of the representation with a person the lawyer knows to be represented by another lawyer in the matter.” There are two exceptions:

I’ve not blogged often on Rule 4.2.  Nevertheless, the Virginia opinion reminded me that it’s not uncommon for lawyers to ask about the rule’s reach.  Drawing on questions I’ve received at CLEs and from attorneys calling with inquiries, here are a few reminders & resources.

First, the rule applies to any person known to be represented in the matter.  That is, the rule is broader than “parties” and “cases.”  Not often, but I’ve had lawyers ask, “as long as I haven’t filed yet, I can talk to her directly, right?”  Wrong.

Next, here’s one that, in my experience, most lawyers know: “the rule applies even though the represented person initiates or consents to the communication.” Comment [3].  So, if most lawyers know it, why do I mention it?

Because e-mail has a remarkable ability to make all of us do things that we know we shouldn’t do.

I’ve little doubt that nearly every single lawyer reading this post would immediately hang-up if a represented party called.  Do the same with email – don’t reply!

Moving on, the question I receive most often on the no-contact rule involves former employees of a represented organization. Comment [7] is clear: “Consent of the organization’s lawyer is not required for communication with a former constituent.”  While issued before Rule 4.2 was adopted, VBA Advisory Opinion 96-7 reached the same conclusion.

Current employees, however, are a different story.  The rule prohibits direct communication with an employee of a represented organization:

For more on current employees, check out the VBA Advisory Opinion 06-05.  It draws heavily from Baisley v. Mississquoi Cemetery Association, an opinion in which the Vermont Supreme Court analyzed the relationship between the no-contact rule and V.R.E. 502, the evidentiary rule that establishes the lawyer-client privilege.

That’s it for now.  At least until I can figure out how to incorporate these two into a post on legal ethics: 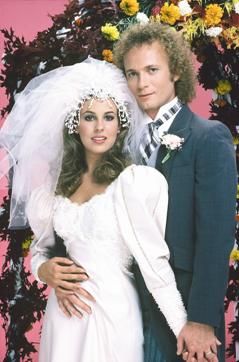 So, imagine this scenario:

Can Attorney communicate about the divorce with Spouse absent Lawyer’s consent?

For an analysis, flashback to this blog post from December 2016.

This week’s answers come to you live from Boston, MA.  I’m preparing to run the Boston Marathon.  Unlike most marathons, Boston seeds its start.  Faster runners up front, with runners organized, more or less, in numerical order.

It appears that I’m not one of the favorites:

Friday’s questions are HERE.  The answers follow the honor roll.

Which is most accurate?  A contingent fee:

Attorney called with an inquiry.  I listened. I replied “It doesn’t matter that your client ‘initiated’ it, the rule still applies.  And the fact that you cc’d your client on the e-mail is not the same as consent.”

What topic did Attorney call to discuss?

Communicating with a represented party.  Specifically, Attorney called to discuss whether by cc’ing her client on an email to opposing counsel she had given opposing counsel permission to contact client directly.  I blogged on the issue HERE.

In an advisory ethics opinion okaying the use of a particular type of technology, the Philadelphia Bar Association concluded that:

My blog on crowdfunding is HERE.

North Carolina gained national attention for an amendment to its rules that went into effect last month.  If Vermont were to follow the Tar Heel state’s lead, nearly all lawyers would have a duty that, today, only applies to a subset of the bar.  It’s the rule that, right now, relates to:

My blog on the issue is HERE.

Earlier this week, three news media organizations were named co-winners of the 2017 Pulitzer Prize for Explanatory Journalism.  The organizations were The Miami Herald, The McClatchy Group DC, and The International Consortium of Investigative Journalists.

The Pulitzer reflected their efforts on reporting a story that involved, among other things, Vladimir Putin, David Cameron, and offshore shell companies. The story came to light after a whistleblower “leaked” 11.5 million documents that a law firm had stored electronically. Review of the documents resulted in the law firm’s name partners being arrested and jailed on suspicion of money laundering.

By what name is the scandal better known?

Today is probably the biggest day in the history of Five For Friday. It’s the day I announce who (if anyone) earned permanent “Honor Roll” status by correctly answering last Friday’s bonus question.

Until then, this week’s answers immediately follow the Honor Roll.  To review the questions first, go HERE.

It’s most likely that Web Bugs pose ethical dilemmas for attorneys who:

Hans called with an inquiry.  I listened, then replied: “one of the first things you need to decide & make clear is whether Luke will be representing you, or, stepping in to represent your clients.  I recommend the former.”

It’s most likely that Hans called while drafting a:

Attorney called to ask which ethics issues should be on her radar as she transitions to a new job. In particular, issues that are likely to arise more often in the new gig than they arose at her firm. I responded: “first, ask yourself ‘who is the client?.’  That’s often the #1 challenge for lawyers in your position. Be especially aware that the people you work with & for may not always understand that you don’t necessarily represent them.”

Given my response, it’s most likely that Attorney is taking a job as a[n]:

Attorney called me with an inquiry.  I listed, then said “a comment to the rule makes it clear that the rule doesn’t apply to an organization’s former constituents.”

Given my statement, it is most likely that Attorney called me to discuss the rule that deals with what topic.

Rule 4.2’s prohibition on communicating with a represented person does not apply to a represented organization’s former constituents.  See, Rule 4.2, Comment [7].

I guess this is fitting on Veterans Day. Your job is to fill in the blank.

In a movie’s famous courtroom scene, Lawyer objected to testimony and asked that it be stricken from the record.  The following exchange ensued:

*Permanent “Honor Roll” status for anyone who correctly names the restaurant that Nectar owned before he opened Nectar’s.

Patrick Kennedy and Beth DeBernardi knew that Nectar owned The Lure.  The restaurant was on Williston Road in South Burlington, essentially across the street from where McDonald’s sits now.   I don’t remember The Lure.  My earliest memory is of a Big Burger being on the lot.  Then, for years, it was Burger King. Now it’s an Urgent Care facility. Oh the irony.