It’s National Lawyer Well-Being Week.  Spurred by the joint efforts of the National Task Force on Lawyer Well-Being, the ABA’s Commission on Lawyer Assistance Programs, and the Well-Being Committee of the ABA’s Law Practice Division, the week’s aim “is to raise awareness and encourage action across the profession to improve well-being for lawyers and their support teams.”

Each day has a different theme.  Today’s theme is “Feel Well.”  The goal is to remind lawyers that our emotions impact wellness.  The specific topic is way outside my lane and one best reserved for the experts.  Still, I shared some thoughts in this video.  In particular, I believe that if we remember “what’s important now,” we’ll do well to increase our emotional health. For resources from the experts, go here.

It’s Lawyer Well-Being Week!  Spurred by the joint efforts of the National Task Force on Lawyer Well-Being, the ABA’s Commission on Lawyer Assistance Programs, and the Well-Being Committee of the ABA’s Law Practice Division, the week’s aim “is to raise awareness and encourage action across the profession to improve well-being for lawyers and their support teams.”

Each day has a different theme.  Today’s is “Social Wellness.”  The goal is to focus on the importance of forging social connections within a community.  To provide an opportunity to do so, albeit virtually, I’m live streaming a legal ethics pub quiz.

The questions are officially done!  Thank goodness. My wellness was in issue.  Now I need to hope I don’t botch the live stream.  Tech incompetence would not be good for my well-being. 70% of the questions focus on the Rules of Professional Conduct.  30% are a loose mix of legal ethics in pop culture, the United States Constitution, and May 7 in History.

If the link doesn’t work, go to YouTube and search VTBarCounsel.

It’ll go live shortly before 7:00 PM.  Look for the countdown clock. I will not be monitoring the chat during the quiz.  Please keep it clean.

Remember: this is for FUN.  The aim is to provide social connections in a relaxed, non-work setting. And, who knows? Maybe learn a valuable tidbit about legal ethics in the process.  So, whether Zoom, Google Hangouts, group text, or whatever, grab a team and give it a shot.

Oh – for those of you who might want to submit answer sheets, go here. For those of you who’ve been following, it’s National Lawyer Well-Being Week.  Each day has a different theme.  Today’s is Social Well-Being.  The focus is on connecting within the community at-large. For those of you who’ve been following, it’s National Lawyer Well-Being Week.  Each day has a different theme.  Today’s is Engage & Grow.  The focus is to remind lawyers that wellness includes challenging ourselves to engage & grow intellectually.

Here’s today’s video message.  Note: it’s the first not done from the cozy confines of the Garage Bar Studio.  For those who prefer to read, my written words are below the logo.

Intellectual growth improves confidence.  And, while some of you might not know this, many lawyers struggle with self-confidence.  Many consider themselves “impostors,” not good enough or skilled enough to belong. I can’t stress this enough.  Please read my post Wellness Wednesday: You’re not an impostor. It shares a heart-breaking story that should open our eyes to the threat that impostor syndrome imposes

Lawyers like Gabe aren’t impostors.  They’re people who, like all people, sometimes make mistakes, but who are valuable members of your team.  Support and encourage their growth and wellness.

In closing, engage yourself intellectually both inside and outside the law.  Also, be sure to encourage and support others to grow more confident in themselves.

It’s Day 2 of National Lawyer Well-Being Week.  If you missed Day 1, don’t sweat it, I’ve got your back.  My opening day thoughts are here.

Today’s theme is “Align.”  The focus is on spiritual well-being.  The aim is to provide lawyers with resources to align their professional and personal lives so as to find meaning in their work.  Why? Because the data shows that much of the burnout that impacts legal professionals is rooted in a sense that their work isn’t meaningful.

Confession: to say that I’m outside my lane delivering this message would be an understatement.  I’m no counselor or life coach, and I don’t even play one TV.  That being said, I’ll do my best.

Here’s the video message I recorded this morning.  I tried to make three points:

Fortunately, the National Task Force on Lawyer Well-Being has provided resources created by actual professionals who are well within their lanes: It’s National Lawyer Well-Being Week.  Spurred by the joint efforts of the National Task Force on Lawyer Well-Being, the ABA’s Commission on Lawyer Assistance Programs, and the Well-Being Committee of the ABA’s Law Practice Division, the week’s aim “is to raise awareness and encourage action across the profession to improve well-being for lawyers and their support teams.”

Each day this week will have a different theme.  Today’s theme is “Stay Strong: Physical Well-Being.”  My short video message promoting today’s theme is here.  Remember, I’m not asking you to run a marathon, hike the Long Trail, or join a cross-fit group.  I’m simply reminding you that physical well-being is an aspect of well-being.  By creating healthy habits, we can improve our well-being.  For today, the National Task Force recommends these simple steps:

A friend of mine dropped off some syrup last night. And I hadn’t done anything to deserve it!  But it made me think of this question:

True or false?  The rules specifically prohibit lawyers from bartering for legal services.

FALSE.  The terms are subject, however, to the reasonableness standard V.R.Pr.C. 1.5 (lawyer shall not charge an unreasonable fee).

Most of the Rules of Professional Conduct apply generally, regardless of practice area. However, there’s a one rule that specifically addresses the “special responsibilities” of  ________:

Attorney represents Client.  Having good cause to do so, Attorney moves to withdraw from the representation.  The motion is denied, and the trial court orders Attorney to continue to represent Client.  By rule,  ______:

Sole Practitioner called me with an inquiry. I listened, then shared my thoughts.  I added “by the way, I have no idea why, but there’s actually a rule that says if you do, you have to cease the private practice of law in the geographic area in which you’ve practiced.”

Jabez Stone was a New England farmer who fell upon hard times.  In exchange for 7 years of prosperity, Stone sold his soul to Mr. Scratch.  When Mr. Scratch sought to enforce the contract, Stone retained a lawyer.  A famous trial ensued.

Name the lawyer who represented Stone. 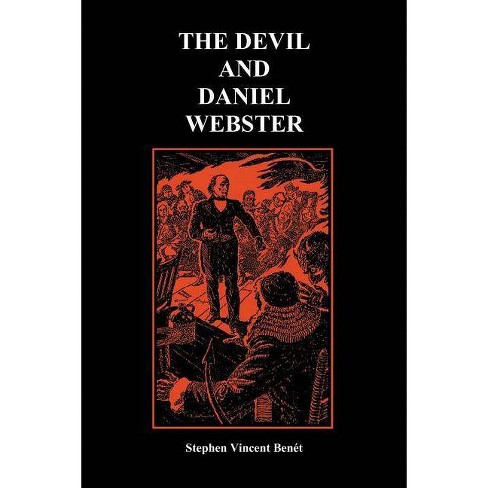 National Lawyer Well-Being Week begins May 4.  Now is the time to plan your involvement.

Here’s the key message from the organizers:

Each day has its own theme: I can hear you now!!  “Great Mike, what am I supposed to do with an infographic??”

Not so fast my contrarian friends!

The organizers have made available a veritable plethora of resources on each day’s theme, resources that I’m here to share. Thus, much of the rest of this post will be a long list.  Intentionally so!  Like ordering soup on Planet Seinfeld, there will be no excuses for you!

For instance, imagine that today is “National Running Day!”  I’d easily find the motivation to get out to run with the enthusiasm and vigor of the event, eager to post my apres-run selfie with the obligatory hashtag.  But a Wednesday run won’t prepare me for October’s Vermont City Marathon.  Instead, I must make running a habit.

That’s wellness. Make it a habit.  Because life is a marathon.

Finally, like a marathon, wellness begins with a single step.  And there’s no reason to wait until National Lawyer Well-Being Week to take the first step.

Thanks for listening.  Get involved!

Here’s the promised list of resources. I am brazenly taking them from National Task Force’s Lawyer Well-Being Week site.

Finally, the Task Force has also compiled a list of  wellness & well-being resources related to COVID-19

When I started training for my first marathon, my dad bought me a running shirt that said “One More Mile.”  He knew.  Hopefully by the end of this post, you’ll understand my point.

May 4 marks the beginning of Lawyer Well-Being Week.  During the lead-up, folks like me are supposed to raise awareness and share thoughts & tips on attorney wellness.

Anyhow, a day late, I’m here with my wellness tip for the week. It’s a winding road. Bear with me.

A few weeks ago I posted a blog in which I acknowledged that I’d heard from several lawyers who had questions relating to the intersection of the Rules of Professional Conduct, the Supreme Court’s Judicial Emergency Order, and Governor Scott’s Stay Home/Stay Safe order.  In the post, I

I’ll be honest: ever since, I’ve expected to learn that a lawyer – whether in Vermont or another state that’s under a “stay home” order – had been charged with violating the order.  I couldn’t settle on the circumstances most likely to result in such a charge, but some seemed better bets than others.

Well, today I learned what I’ve anticipated for weeks: a licensed lawyer has been charged with violating a “stay home” order.  Alas, I’d have lost my bet.

The Law360 headline that caught my eye:

Per the story, the attorney is alleged to have performed songs by Pink Floyd from his porch while approximately 30 people listened in his yard.  His lawyer contends the arrest was a misunderstanding, that the lawyer/musician was live streaming the performance and did not know that a crowd had gathered. Among others, the ABA Journal, NJ.com, and NBC New York reported the story.

Aside: the responding police department’s Facebook update is here.  I must say, as police updates go, it’s quite clever.  In context, #wedontneednocoronaparties is sneaky legit.

Anyhow, I’ll leave it to others to sort out whether the situation was a mix-up or a lawyer’s brazen flouting of Governor Murphy’s Executive Order.  Today, I write for one reason.

The story made me realize – for about the quadrillionth time  –  that we’re in bizarro world.

Imagine being transported back in time. Even to as recently as March 1. Then, imagine, once there, clicking on the headline NJ IP Atty In Hot Water Over Pink Floyd Covers Concert.  What do you imagine the you of seven weeks ago would’ve expected the story to be?

Knowing me as I do, I’d have gleefully expected to revel in the irony of an IP attorney in trouble for copyright infringement.

Those were the days.

My friends, I’ve said it before and I’ll say it again: keep rowing.  And here’s my wellness tip for the week: don’t think about having to row all the way to shore.

One of my favorite shows of the past few years is Prime’s Patriot.  The lead character is John Lakeman. When it comes to daunting tasks, Lakeman’s philosophy is one that I love: get halfway. Why?

“If you can make it halfway and one more step, it’s longer to go back, and shorter to just finish, so you just finish.”

You never know.  It might be the one that puts you closer to the finish than to the start.

ps: I have a sneaking suspicion that “row” isn’t the singular of what when repeated is “rowing.”  If not, I apologize.  Again, I never claimed to be a competent blogger.