Last week’s edition of What Say You Wednesday asked for your Mt. Rushmore  of U.S. Supreme Court justices.  The results are in.  Alphabetically: 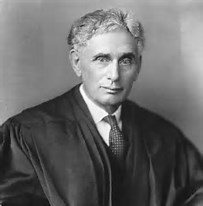 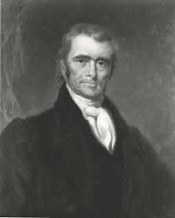 This week’s #WSYW: your top 3 novels (fiction) focused on the law or a lawyer/lawyers.

WSYW stands for “What say you Wednesday?”  This week’s question: who would be on your Mt. Rushmore of U.S. Supreme Court justices?

For those of you unclear on the question, it refers to Mt. Rushmore and its carvings of George Washington, Thomas Jefferson, Theodore Roosevelt, and Abraham Lincoln.  For years, the sports world has used the trope as a popular debate-starter.  For example, my “Mt. Rushmore of Boston sports” would be David Ortiz, Larry Bird, Bobby Orr, and Bill Russell.  Or, the Mt. Rushmore of my extended family would be me and 3 of my relatives. (Both sides).

Your limit is 4.  Why? Because that’s how many presidents are on Mt. Rushmore.  No ties! I get it – you’ll face some tough choices.  But such is life.  Do you think it was easy for to omit Pedro Martinez, Paul Pierce, Ted Williams, Ray Bourque, and Yaz from my Boston list? It was not. (Dad – I won’t get into omissions from the family Rushmore)

I bet some of my cousins are about to step up their gift game.

So, take some time, and, if you’d wish, submit your Mt. Rushmore of U.S. Supreme Court justices.  You may do so by comment or by email to michael.kennedy@vermont.gov  I’ll probably post the results on Saturday morning.  Seems like a good lawyerly-lite way to start the weekend.

And speaking of lawyerly-lite — don’t forget to send me pictures of lawyers doing non-lawyer things! That idea – which I’ve hashtagged #lawyerlight – is described in this column.

Again, today’s WSYW: who is on your Mt. Rushmore of U.S. Supreme Court justices?

It’s time for another edition of What Say You Wednesday.  Today’s poll question: should Vermont amend (or rescind) Rule 5.4 so as to allow nonlawyer ownership & management of law firms, as well as multidisciplinary practice.

The poll is HERE.

To make an informed decision, here are some options:

Of course, as anyone who knows me would tell you, the road to where I find myself today is littered with uninformed decisions.  So, I totally get it if you just want to skip to the vote.  However, to paraphrase the old Gatorade ad, “don’t be like Mike.”