Question: in a criminal case, can a lawyer concede a client’s guilt over the client’s objection?

As reported by the ABA Journal, the question lies at the heart of an argument that the United States Supreme Court heard last week.  Outlets to report on the argument include The New York Times, Reuters, and USA Today.

The case is State of Louisiana v. Robert Lee McCoy.  In 2008, Mr. McCoy was charged with 3 counts of first degree murder.  In 2010, he hired a lawyer to replace the public defenders initially assigned.  Upon entering an appearance, the lawyer admitted that he was not certified to try death penalty cases, but that he expected to assemble a team of lawyers who were.  No such team was ever assembled.

In July 2011, two days before jury selection, the lawyer informed the court that Mr. McCoy wanted to fire him.  At a hearing, Mr. McCoy stated that he and his lawyer disagreed on trial strategy, with his lawyer insisting that he take a plea and not go to trial.  The court denied the motion as untimely.

Trial opened a month later.  During his opening statement, Mr. McCoy’s lawyer informed the jury “I’m telling you Mr. McCoy committed these crimes.”  He argued, however, that the evidence would show that his client suffered from such severe emotional issues that the jury ought to consider second degree murder.

Against the advice of counsel, Mr. McCoy testified.  Essentially, he testified that he had been framed.

The jury convicted Mr. McCoy of 3 counts of first degree murder.  Mr. McCoy was sentenced to death on each count.

Mr. McCoy appealed.  Among other things, he argued that he had been denied effective assistance of counsel and that his lawyer improperly conceded guilt over his objection. The Louisiana Supreme Court affirmed the convictions and death sentences.

In Vermont, Rule 1.2(a) of the Rules of Professional Conduct requires lawyers to “abide by a client’s decisions concerning the objectives of [the] representation.”  The rule goes on to state that “[i]n a criminal case, the lawyer shall abide by the client’s decision, after consultation with the lawyer, as to a plea to be entered, whether to waive jury trial, and whether the client will testify.” Louisiana’s rule tracks Vermont’s.

To me, Mr. McCoy’s objective was to be found not guilty. His lawyer did not pursue that objective.  Indeed, the lawyer doesn’t dispute that. Here’s an excerpt from an affidavit that lawyer filed in one of the post-trial proceedings:

I tend to agree.

Per the ABA Journal, before the Supreme Court, the State of Louisiana “argued that lawyers should be able to ignore their client’s wishes in ‘a narrow class of death penalty cases’—when the client wants to pursue a strategy that is ‘a futile charade’ that defeats the objective of avoiding the death penalty.

On the one hand, as a lawyer, it’s a dilemma I’d never want to face.  Indeed, “dilemma” is far too weak to describe the position in which the lawyer found himself.

On the other hand, should I ever be charged with a crime, I can’t imagine exercising my right to hold the government to its proof, only to have my own lawyer, against my express instruction, concede my guilt his opening statement.  It strikes me as the functional equivalent of my lawyer waiving my right to trial, waiving my right to testify, and pleading me out without my consent.  That’d be Kafka-esque.

Most media outlets that covered the argument reported that the Supreme Court appeared inclined to grant Mr. McCoy a new trial. However, as reported by Reuters,           “[t]he ruling could be a narrow one, with justices concerned about a broad decision that would limit the ability of lawyers to make strategic decisions during trials.”

I’m intrigued by one potential outcome: what if the Court holds that the lawyer reasonably, albeit erroneously, believed that the Constitution required him to concede his client’s guilt over the client’s objection? Is that an absolute defense to a 1.2(a) violation? Stated differently, wouldn’t we find it absurd for a lawyer to say something like “yeah, I know the Constitution required it, but it violates the ethics rules, so I didn’t do it.”

Or how about this – what if the lawyer’s gambit had worked?  Obviously doesn’t change the Rule 1.2(a) issue, but likely mitigates the sanction.  And, would the Court still be inclined to find ineffective assistance if Mr. McCoy had been convicted of 2nd degree murder and spared the death penalty?

I’ll revisit this matter when the Supreme Court issues an opinion. 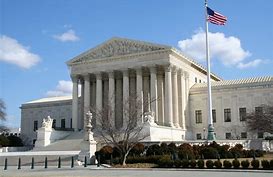