Many of you who work in Vermont’s legal profession should take a timeout.

No, not because it’s such a beautiful sunny afternoon, although that would be a good idea too. Rather, take a moment – actually, more than a moment – to thank a paralegal!

Earlier this week, Governor Scott proclaimed today as Paralegal Day.  The proclamation acknowledges paralegals’ “vital role” in delivering legal services both in Vermont and throughout the country. It concludes by stating that today presents “an opportunity to recognize paralegals across Vermont for their efforts to ensure that quality, efficient and affordable representation is provided in Vermont.”

Please take advantage of the opportunity.  Take time out of your day to recognize a paralegal.

Paralegal licensure: let’s not let perfect be the enemy of the good.

Wednesday I’m on a panel that is part of the VBA’s Annual Meeting.  Laura Wilson, Ian Carleton, and I will present Wellness Tips for Legal Employers.  Laura and Ian co-chaired the Legal Employers Committee of the Vermont Commission on the Well-Being of the Legal Profession.  Their committee’s recommendations are fantastic and will serve as the outline for our seminar.

Anyhow, there was a time when a CLE on attorney wellness was big news.  Not anymore.  These days wellness is part of the Vermont legal profession. Thank goodness.  Alas, I’ve not been as successful gaining traction on reforming the way that we regulate lawyers.

In May 2016, I posted as series of blogs on Alternative Business Structures (ABS).  My goal was to spark debate over whether to amend Rule 5.4 of the Vermont Rules of Professional Conduct to drop the prohibition on nonlawyer ownership of and investment in law firms.  It didn’t take.

But now I’m back!

Several groups are leading the discussion.  One is the Institute for the Advancement of American Legal System. I’ve had the good fortune to get to know some of the folks at IAALS through their Unlocking Legal Regulation project.  Another is the American Bar Association’s Committee on the Delivery of Legal Services.  The committee’s current chair is none other than Vermont’s own Fritz Langrock.

Earlier this year, IAALS, the Delivery Services Committee, and others started the Redesigning Legal Speaker Series.  The series provides “a forum to learn about and discuss the regulatory changes underway, the challenges they face, and the opportunities they provide.”  To date, the series has included:

So far, the series has been terrific.  The seminars provide an easy introduction to the reregulation discussion.  Next week the series risks jumping the shark: the organizers decided to include me on the panel tasked with discussing Lawyer UPL: Has it Jumped the Shark?  Anyhow, I intend to use the series as a road map to drive discussion in Vermont.

For now, practicing lawyers might be wondering “Mike, consumer protection and access to legal services are great, but what’s in it for me?”

Arizona was the first state to repeal the ethical prohibition on nonlawyer ownership.  In a recent edition of GPSolo Magazine, Arizona Supreme Court Justice Anne Zimmer shared Regulatory Reform: What’s in it for me?  It’s worth a read. As is an article that ran in the same issue.  Andrew Arruda’s Let’s Stop Cutting Off Our Noses: How Reregulation Benefits Lawyers.

In closing, today’s post is but a (re)-opening salvo.  This time, I’m not going to give up.

John Grisham’s The Rooster Bar is a novel.  That is, it’s a work of fiction. 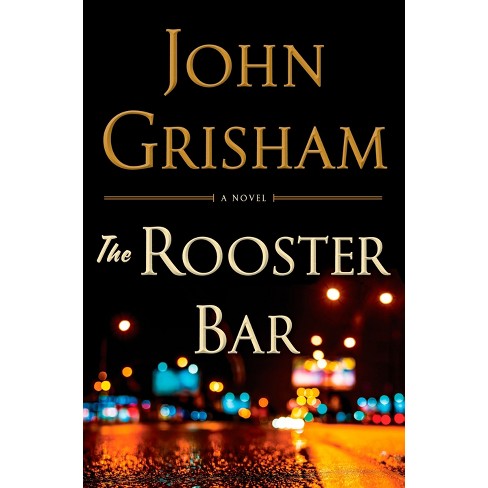 Without giving much away: three law students drop out of law school.  Under fake names, they pose as lawyers, open a law firm, and represent clients without ever having passed the bar exam or obtained law licenses.

Last week, an assistant public defender in Illinois was fired after a judge discovered that she did not have a license to practice law and had never passed the bar exam.  The law school grad had worked on “about 80 cases” since being hired last fall.  The ABA Journal,  Belleville News-Democrat, Edwardsville Intelligencer and the Madison-St. Clair Record reported the story.

I considered posting this in the Was That Wrong? format.  For several reasons, I opted not to.  One of those reasons was my reaction to an aspect of the story,

Per the Edwardsville Intelligencer, the non-lawyer’s former boss “had no problem with [the non-lawyer’s] work . . . other than mistakes most new attorneys encounters.”

It makes me wonder: if she was providing competent legal services to her clients, what’s that say about the bar exam requirement?

Don’t get me wrong. I am not condoning the non-lawyer’s conduct.  It was infected with deceit and, as referenced in the news reports, might be criminal.  No matter our entry requirements, the privilege to practice law should be denied to people who lie to receive it and while exercising it.  Further, the non-lawyer’s decision to misrepresent herself as a licensed lawyer raises significant concern about her judgment, honesty, and trustworthiness.  If she’ll lie about having a law license, what else will she lie about?

But that’s a question for a character and fitness committee.

The fact remains that, for 8 months, she apparently provided competent representation to her clients despite never having passed the bar exam.

Still, I know for a fact that there are law grads here in Vermont who, unfortunately, have failed the bar exam too many times to be allowed to sit for it again.  Many did good, competent work in offices both pubilc and private while continuing to study to pass the exam.  In other words, despite track records of actual competence, track records of scoring too low on exams keep them from practicing law.  Most, understandably, have left the legal profession altogether.  I’m not sure why, but I can’t help but be reminded of this 2017 post in which I argued that we cannot let the perfect be the enemy of the good in the fight to increase access to legal services.

I started with Grisham.  I’ll end with Tolstoy, by way of Seinfeld and Edwin Starr.

In this scene, Elaine was wrong. The original title for War and Peace was not War, What Is It Good For?  Still, at least in the isolated incident involving the fake lawyer in Illinois, one might conclude that the bar exam was good for absolutely nothing.