Welcome to Friday and the 253rd #fiveforfriday legal ethics quiz!

It’s Well-Being Week in Law and today’s theme is “Emotional Well-Being: Feel Well.”  The organizers challenge us to learn to identify and manage our emotions to use them in a positive manner. In this video, and using a construct I used when coaching, I discuss emotional intelligence and:

The video references my blog post W.I.N. your 3-feet of influence. Finally, there’s still time to participate in Well-Being Week in Law.  For ideas, check out the participation guide. And, if interested, email me about your participation and I’ll include you in tomorrow’s blog post summarizing Vermont’s participation in the week’s well-being activities.

Have a great weekend! 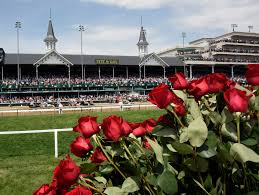 Which appears in a different rule than the others?

When using the following phrases at a CLE, what am I discussing?

In which of the situations below are the rules governing conflicts of interest stricter than the others?  When a lawyer:

I’m not positive how widespread the news is, but some of you might have learned that a draft Supreme Court opinion was leaked this week.  Discussing it during our bread debrief, the First Brother and I agreed that we were less surprised by the leak than we were that it hadn’t happened before.  Well, as it turns out, there has been at least one other instance in which a well-known Supreme Court opinion was leaked to the press prior to being released. Indeed, it involved not one, but two leaks.

First, shortly after the arguments, the Washington Post ran a story about the Court’s internal deliberations on the case. The story included a leaked memo that one justice had written to the others.  Seven months later, and a few hours before the Court announced its opinion, Time Magazine published the opinion and the details of the vote. The incident resulted in the then Chief Justice imposing a so-called “20 second rule,” a rule that a law clerk caught communicating with the media would be fired within 20 seconds.

What was the name of the case in which the opinion was leaked?

Bonus: who was the Chief Justice who imposed the 20-second rule?

3 thoughts on “Five for Friday #253: Emotional Well-Being & The Kentucky Derby”