Welcome to Friday and the 246th legal ethics quiz.

Social media informs me that Girl Scout Cookie season is upon us.  To me, ordering direct from the GS website isn’t the same as ordering for a friend or relative’s kid.  Thus, it’s with a pang of sadness that I report that nobody asked me to buy any this year.  I wonder if that means that my cousin Colleen has disowned me.

Anyhow, recalling that the Friday post in which I rated the Halloween candies caused my mother to buy me my favorites, I’m here today to share my ranking of the Girl Scout cookies.

Caveat: I confess, until this morning, I was completely unaware of the proliferation in flavors.  They’re up to TWELVE! I’d never heard of (and obviously haven’t tried) Adventurefuls, Carmel Chocolate Chip, Lemon-Ups, Toast-Yays or Toffee-tastic.  As a result, these five aren’t eligible to appear in my rankings.  Honestly, I’m not interested in trying them.  The expanded menu reminds me of when a restaurant that makes stellar burgers or wings decides to offer mediocre wings or burgers. That’s not what made me like to eat here in the first place.

Ground rule:  I’m not ranking the entire catalogue of the seven I’ve tried.  Rather, and in anticipation of March Madness, I’m listing my Final Four.

Without further ado, and in reverse order, here is the definitive power ranking of Girl Scout Cookies®.

And, yes.  I will order from the first reader to ask me to do so. 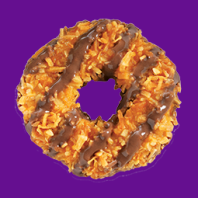 Lawyer called me with an inquiry.  Responding, I noted “but there’s a comment to the rule that states that in negotiations, certain statements are not to be taken as statements of material fact. For instance, what your client’s bottom line might be with respect to settlement.”

What’s the title of the rule I was discussing?

When a lawyer holds funds in trust in which two or more persons claim interests, a rule specifically requires the lawyer:

Attorney called me with an inquiry.  I listened, then said “nothing in the rules requires a lawyer or law firm to enroll in a ‘positive pay’  service.  Still, you’d be smart to consider it.  It might be used to show that you took reasonable steps  ____________.”

It’s most likely that the remainder of my response was:

This is Ron Torbert. 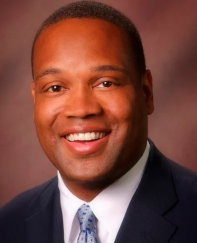 Ron graduated from Harvard Law School.  Attorney Torbert spent many years in corporate and construction law before retiring from the practice of law in 2019.

Now, Ron works in a different field.  With the 7 Cs of legal ethics in mind, it’s an understatement to say that Ron is competent in his current line of work, one in which he works as a judge of sorts. In fact, more than 100 million people recently watched Ron perform his official duties.

What does Ron do for work now that he is no longer practicing law?

3 thoughts on “The 246th legal ethics quiz & the definitive power ranking of the Girl Scout Cookies®.”