My office is in downtown Burlington.  Today, and despite the heat, I chose to walk to Beansie’s.

Waiting for my cheeseburger topped with peppers & onions, I checked my email.  There, I found the first of two stories to post.  Perusing my phone while I ate my burger in the shade[1], I found the second.  Each involves technology.  As we know, a lawyer’s duty of competence includes tech competence.

A Vermont lawyer forwarded me an email from another lawyer in the same firm.  The co-worker wrote:

I can sense some of you disagreeing.  You’re thinking “what could be privileged about an email notification?”

Well, I don’t know.  That’d be for a court to decide in the context of an attempt to compel disclosure.

But I do know this.

Rule 1.6 of the Vermont Rules of Professional Conduct prohibits a lawyer from disclosing information relating to the representation of a client. As I’ve oft stated in this space, Comment [3] makes clear that the rule’s prohibition is broader than the privilege.  The comment notes that the privilege applies “in judicial and other proceedings in which a lawyer may be called as a witness or otherwise required to produce evidence concerning a client.”  It goes on to state:

Neither the Rules nor other law include an exception for “it popped in while I was sharing my screen.”

The internet includes a plethora of resources on the various ways to avoid this problem.

I present a lot of CLEs via Zoom, WebEx, and Teams and often share my screen throughout a presentation.[2]  I’m petrified of having an email notification pop up and disclose (to some extent) a confidential inquiry of bar counsel.  So, I go old-fashioned.  When presenting, I close Outlook and all chats functions.

As always, be careful out there. 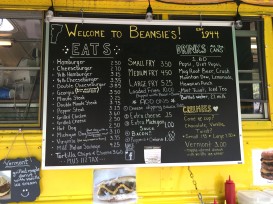 Note: In that I strive to avoid TLDR in the comments, Story 2 will follow later today or early tomorrow.  Stay tuned.

[1] Many readers know my preference for summer over winter. I suppose this week’s weather has some considering whether to ask, “how do you like summer now?”  Just as much as I did before!  Because in January, I wouldn’t be able to walk over to Beansie’s in shorts and t-shirt and enjoy my lunch outside.

[2] I also make sure that the only screen open is the one that I intend to share and that I choose that particular window instead of “screen 1” when I start the share.

One thought on “Tech Competence, Screen Sharing, and Client Confidences.”