Last night, I filmed another in the Garage Bar series of CLEs: Pro Bono & Professional Responsibility. It includes some of my thoughts on the need and the key rules to remember.  It’s 30 minutes, which brings the Garage Series to 6 hours since we started isolating.  Keep rowing!

How many hours of pro bono legal services do the Rules suggest a lawyer should provide each year?

Rule 6.1 is clear: “Every lawyer has a professional responsibility to provide legal services to those unable to pay.”

I often mention “7 Cs of Legal Ethics.”  Each is a single word that begins with the letter “C.”  The construct is a helpful tool to remember the basics.

Anyhow, there is a rule that includes an exception that allows a lawyer to do something otherwise prohibited in order “to establish a claim or defense . . . .in a controversy between the lawyer and client.”

What is the “C” associated with the rule?

CONFIDENTIALITY.  Rule 1.6(a) prohibits a lawyer from disclosing information relating to the representation of a client.  Rule 1.6(c)(3) includes the exception stated in the question.

In Vermont, a lawyer has a duty to take reasonable remedial measures upon learning that a client or witness called by the lawyer has offered material evidence that is false.  Per the applicable rule, this includes, if necessary, disclosure to the tribunal.  By rule, how long does the duty continue?

V.R.Pr.C. 3.3(c).  Per Comment [13], “[a] proceeding has concluded within the meaning of this rule when a final judgment in the proceeding has been affirmed on appeal or the time for review has passed.”

By rule, what must Attorney do before settling?

Speaking of Arrested Development, the show includes 3 of my favorite fictional attorneys. Julia Louis-Dreyfuss appeared in a handful of episodes as Maggie Lizer, an ethically challenged prosecutor.

The other two attorneys are Barry Zuckerkorn and Bob Loblaw.  The former struggles with the duty of competence, while the latter runs the greatest blog in the history of blogs: The Bob Loblaw Law Blog.  Here’s Zuckerkorn’s business card.   For the question that follows, it’s literally the second biggest hint in the history of hints, behind only the hint in the introduction to the quiz. 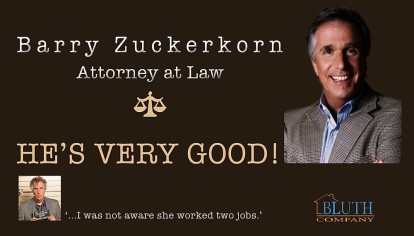 Henry Winkler (Zuckerkorn) and Scott Baio (Loblaw) also appeared together in Happy Days.  Kudos to Dan Richardson for noting it was originally entitled both Love and the Television Set and Love and the Happy Days when it premiered as an episode on the anthology series Love, American Style. 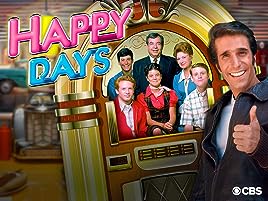