I have no idea why; they just always have.  So, I’m going to share a blunder that, upon discovering last night, made me burst out laughing.  Don’t worry, in the end, I’ll tie it to both 193 and February 28.

Let’s start with a vocab quiz.

Today’s vocabulary word is “dord.”  Without assistance, can you define it or use it correctly in a sentence?  I’ll give you a few minutes to think.

If your answer is “yes, I can define it” or “yes, I can use it correctly in a sentence,” let me remind you of your duty not to deceive bar counsel.

You see, “dord” isn’t a word.  As such, it’s not a part of speech and lacks both a definition and an etymology. Yet, from 1934 until 1947, it appeared in each edition of Webster’s New International Dictionary, listed as a noun and defined as a “synonym for density used in physics and chemistry.”

Five years after it first appeared in print, a Webster’s editor noticed that “dord” did not have an etymology.  It’s not clear to me why the editor was reading through the “d’s” or why it took 5 years for someone to notice.  Still, the editor investigated.

The editor discovered that, way back in 1931, another Webster’s employee had submitted a suggestion that the dictionary add to the list of words that the letter “d” properly abbreviates.  The employee suggested:

Someone mistook what the employee meant as “upper-case D or lower-case d” for “Dord” and, well, the rest is history.  Then, even after the blunder was discovered, “dord” appeared in 8 more editions.  You can read the entire story in Smithsonian Magazine.

The blunder – and its duration – make me laugh.  Besides making me laugh, it struck a chord.

There are days when I take stock and wonder how in the world did I get here? Younger Me never could have imagined a world in which, because of our job, we’re often in contact with, for example, judges, bar association leaders, and lawyers far smarter, more competent, and more dedicated to the profession than we are. And those people not only know who we are, they know our name! It’s amazing and makes me thankful that what I have is eons beyond what I ever expected.  Simply, thankful that all of you included a dord like me.

Oh, and by the way, the editor who figured out that “dord” didn’t belong?

As you can see in his note below, he discovered the blunder on February 28, 1939.  Today’s date and quiz number.

Attorney called with an inquiry. I listened, then responded:

There’s another word that begins with “C” that is a serious violation of the rules. The word, however, doesn’t appear in any of the rules.  It is notably absent from both the trust accounting rules and the rule on safekeeping client property.

Lawyer and Firm represent Client in Client v. Other.

True or false:  paralegal’s conflict is imputed to Lawyer and Firm and they must withdraw from representing Client.

Here’s your hint:  had I not decided to write about my Uncle and honor him with a Question 5 about the American Revolution, I would’ve used this question on February 14.

Lawrence Mattingly practiced law in Illinois.  Once, he arranged a meeting between a client and federal agents/prosecutors who were trying to build a tax evasion case against the client.  During the meeting, the client claimed, “I’ve never had much of an income.”

Later, Attorney Mattingly provided Treasury agents with a letter in which he conceded that his client had, in fact, earned a substantial income over the previous 4 years. The “Mattingly Letter” was admitted at trial and used as evidence against the client.  The client was convicted and sent to prison.

Who was the client? 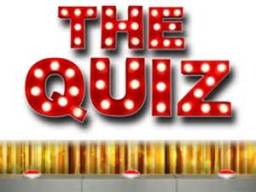