Early last decade, Kevin Ryan and I traveled around Vermont doing a presentation on legal ethics & social media.  Here’s a hypo we used:

Now, given that it was early last decade, many in our audiences wondered why we were discussing something that would never happen in real life.

Anyhow, the NC opinion is straightforward.  A lawyer asked whether he could offer entries into a prize raffle to anyone who connected with his firm’s social media platforms.  The NC State Bar answered:

Per the opinion, the incentive program would violate Rules 7.2(b) and 7.1(a).

Rule 7.2(b) prohibits a lawyer from giving anything of value to someone to recommend the lawyer’s services.  Per the NC Opinion, free entry into a prize raffle is something of value, and a public “follow” or “like” is a recommendation.  By rule, the former cannot be given in exchange for the latter.

Rule 7.1(a) prohibits a lawyer from making a false or misleading communication about the lawyer’s services.  On this issue, the opinion says:

I don’t know how I feel about the opinion.

On one hand, I get it: the lawyer’s plan violates the rules as they are written.

On the other, like many of you, I use “likes” (and tools like Yelp & Amazon reviews) ALL THE TIME when trying to find a product or service provider. Am I influenced by “follows,” “likes,” and positive reviews?  Yes.

But I’m also aware that many of us “like” pages for no other reason than someone we know asked us to “like” their page.  Or maybe even to become eligible to get something for free.  That is, I’m not under any illusion that all my friends who like another friend’s business have hired that friend and received satisfactory service.

There you have it.  As always, be careful out there. 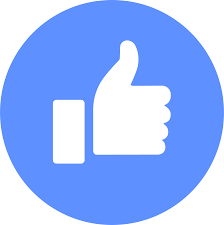