At a CLE, visions of sugarplums distract you.  Yet, you vaguely hear me say something to the effect of “the rule relaxes the duty of loyalty owed to that person, but not the duty to maintain that person’s confidences.”

When I said, “that person,” I was referring to:

Attorney called me with an inquiry.  I listened, then replied, “the rule requires you to take reasonable remedial measures. A comment to the rule says that the first step is to remonstrate with your client.”

Given my response, it’s most likely that Attorney called because Attorney:

Lawyer called me with an inquiry. I listened, then said “yes, for the sole purpose of paying service charges or fees on the account, and only in an amount necessary for that purpose.”

What did Lawyer call to ask?

Whether Lawyer could deposit Lawyer’s own money into Lawyer’s client trust account.  See, V.R.Pr.C. 1.15(b).

Rule 3.4(a) prohibits a lawyer from unlawfully obstructing another party’s access to evidence or unlawfully altering, destroying or concealing material that has potential evidentiary value.

Earlier this week, some other lawyers and I met with the lawyers participating in the VBA’s Incubator Program.  Among other things, we discussed the legal ethics of social media. We mentioned that, generally, a lawyer does not violate Rule 3.4 by advising a client to delete or “take down” information from social media, so long as ____________________.

There’s a holiday movie that involves questionable conduct by the prosecutor, defense attorney, and judge.

The movie focuses on Kris, a seasonal employee at a department store in New York City. Kris got into hot water after whacking a fellow employee over the head with an umbrella. Soon thereafter, the state initiated involuntary commitment proceedings.  The prosecutor’s entire case rested on Kris’s claims to be someone who, according to the state, did not exist.

Fred represented Kris.  He did so as much for his romantic interest in Doris, Kris’s boss, as for his interest in providing Kris with competent and diligent representation.

In the end, Judge Henry X. Harper refused to commit Kris.  His decision was based on several factors, including:

Judge Harper concluded that if the federal government (the Post Office) agrees that Kris is who he claims to be, then the state has no business saying otherwise.

Following the hearing, Fred asked Doris to marry him.

In the movie, who does Kris claim to be?

Santa Claus (the movie is Miracle on 34th Street) 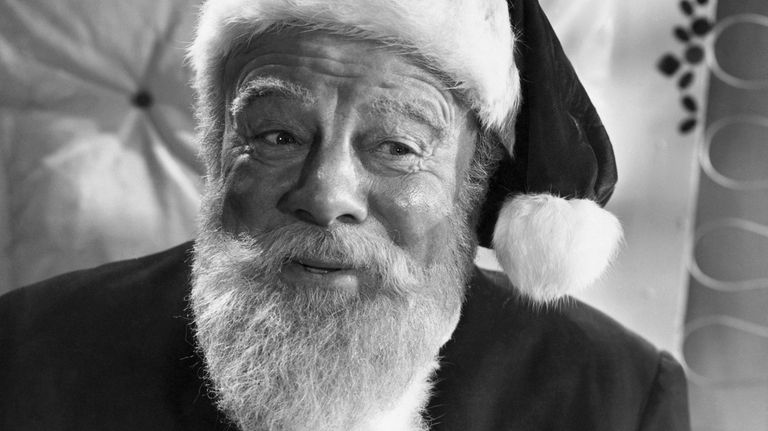 One thought on “Monday Morning Answers #185”