In Don’t Be a Jerk, I argued that effective advocacy and civility aren’t mutually exclusive.

Later, in Advoacy, Decorum, and Grover, I noted (for the first of what would be many times) my opinion that there’s a correlation between civility and wellness.

Most recently, in So Your Client Thinks She’s Funny, I wrote about the opinion in which the Delaware Supreme Court took the opportunity “to remind counsel that they have a responsibility to intercede and not sit idly by as their client engages in abusive deposition misconduct.”

Which brings me to today’s lesson.

Two days ago, Mike Frisch of the Legal Profession Blog posted No Alibis. It’s the story of a disciplinary opinion that the Louisiana Attorney Discipline Board issued on November 4.

The LADB’s opinion is here.  The money paragraph:

The lawyer received a public reprimand.  Earlier this year, the other lawyer involved did as well.  Per the LADB’s most recent opinion:

“With one exception, discussed below, the facts are not in dispute. On August 20, 2018 Respondent appeared in Orleans Parish Criminal District Court, Section “F”, Judge Robin Pittman, representing a Mr. Ron Edwards on the State’s motion for a bail increase. Mr. Iain Dover, Assistant District Attorney, appeared for the State.

During argument on the State’s motion, Respondent stated to the Judge that the victim, Mr. Edwards’ girlfriend, had on a prior occasion brought false charges against Mr. Edwards and ultimately pled guilty to filing a false police report.

In response to Respondent’s statement about the victim, Mr. Dover stated:

Excuse me, sir. You’re a liar.

Mr. Spears responded: And I will punch the shit out of you if you call me a liar, again.

Mr. Dover doubled down, after being challenged by Respondent to call me a liar again,
stating: Liar.

At this point in the transcript of the August 20, 2018 hearing, the court reporter wrote:

Finally, Respondent stated: …but perhaps we can settle this outside the courtroom.”

One might argue that, with each lawyer receiving a public reprimand, this one ended in a draw.  I’d disagree.  To me, when incivility is met with incivility, nobody wins.  Not the lawyers, their clients, or the profession. 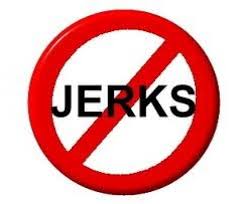