I began coaching high school basketball while I was a student at UVM.  I was an assistant with South Burlington High School varsity team, and head coach of the freshmen team.  My second season, the frosh squad finished 17-3.  The following season one of my players made 73 three-pointers, an extraordinary total for a true freshman.

Each number was in my head as I pondered the intro to this week’s quiz.  In my mind, I outlined an essay that would’ve tied together 173, legal ethics, and the story of a fantastic shooter who, as the clock ticked down in game we trailed by 1, eschewed a potential game-winning lay-up to attempt a 3-pointer while alone on a breakaway.  It was going to be an extraordinary post.

It never happened.  I couldn’t turn my thoughts into words.  No matter how I tried, it felt forced.  Which drove me nuts because, like I said, it’s an extraordinary post!

Then, things began to snowball.  Not only had I failed to craft an extraordinary post, the weekend wasn’t looking much better. It’s utterly devoid of extraordinary plans.  No race, no trip to the ocean, no nothing.  Failure as a blogger made worse by failure as a summerer.  Woe is me!

I don’t know that “ordinary” is maligned, but it’s often met with yawns.  Which is too bad. Sometimes – in life, law, and basketball – the ordinary is exactly what’s called for. It adds up.

For example, your clients don’t need you to do something that tomorrow’s scholars will recall as one of history’s extraordinary legal maneuvers.  Rather, they need you to be extraordinary at the ordinary tasks ordinarily expected of you.  Not only does it add up,  it’s competence: knowing your job, doing your job.

As many of my readers know, I’m allergic to winter and try to make the most of summer.  So, sure, I could wallow in the fact that nothing extraordinary is on this weekend’s schedule.

But that’d be foolish.

Because on an August weekend that feels perilously close to September, the better plan is to enjoy summer’s simple & ordinary activities while I still can.  I hope you have a chance to do the same.

After all, a summer of the ordinary adds up to an extraordinary summer.

Does the rule on client confidences permit a lawyer to disclose otherwise confidential information related to the representation of a client in order to secure legal advice about the lawyer’s compliance with the Rules of Professional Conduct?

There’s a rule that requires lawyers to act with reasonable diligence and promptness while representing a client.  A comment to the rule states that the duty of diligence may require sole practitioners to:

There’s a rule that prohibits a lawyer from disbursing funds from trust unless the funds are “collected funds.”

Is the following statement true or false?

“The rule includes an exception that allows a lawyer to disburse funds from trust in reliance upon the deposit of specified instruments, as long as the lawyer reasonably believes that the deposits will clear and constitute collected funds within a reasonable period of time.”

Attorney called me with an inquiry.  I listened, then replied “by rule, any communication made pursuant to the rule must include the name and office address of at least one lawyer or law firm responsible for its content.”

I was referring to the rule on:

Richard Roberts is a real-life lawyer.  Earlier this week, he was disbarred on consent in New Jersey after being convicted of several crimes, including theft of client funds.

Roberts is a former narcotics detective & prosecutor who gained renowned for his role in the investigation and prosecution of Frank Lucas, an alleged “drug kingpin” in New York City.  Roberts eventually moved into private practice as a criminal defense attorney. Upon switching sides, one of his first clients was Lucas.

The history between Roberts and Lucas was the subject of a 2007 movie in which Russell Crowe played the now-disbarred Roberts and Denzel Washington played Lucas.  Ridley Scott directed. 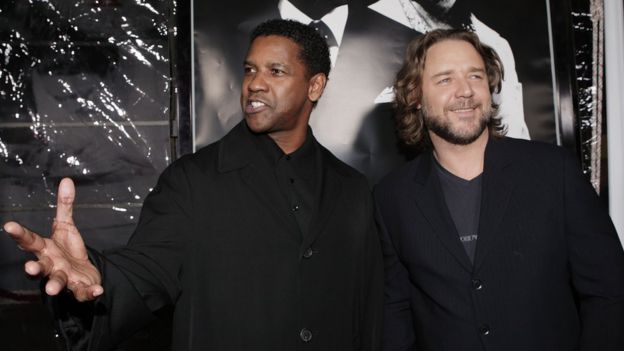