The ABA Journal and Bloomberg Law reported on the opinion.

And here’s an outline of the LA Bar Committee’s analysis:

Obviously, the opinion is based upon California legal authority, including various opinions from California courts & the state’s version of the Rules of Professional Conduct.  I’ve never dealt with this in Vermont and have not yet fully thought through my response if it were to happen here.

That being said, in my opinion, critical to the analysis is the fact that the data was not inadvertently produced.  As such, on its face, V.R.Pr.C. 4.4(b) does not apply.  Indeed, Comment [2] to Vermont’s rule states:

Rather, to me, the California opinion addresses what is often referred to as “purloined information.”  It’s not a simple issue.  Indeed, the annotation to ABA Model Rule 4.4(b) includes two pages of cites to decisions, advisory opinions, and law review articles that address a lawyer’s duties upon the “fortuitous receipt” of information that may or may not be privileged and may or may not have been improperly obtained.

Earlier this year, The Colorado Lawyer published Handling Electronic Documents Purloined by a Client. I recommend the article and suspect it might ring familiar to family law practitioners.  It “considers ethical issues raised when a client in pending litigation forwards her lawyer electronic documents that the client obtained without permission from the opposing party’s computer.”

Anyhow, I’m blathering.  I’m not convinced that there’s an absolute prohibition on possessing and attempting to use nonprivileged information fortuitously received.  Nevertheless, there are likely some gift horses worth looking in the mouth.  If the issue arises here, contact me for a confidential discussion of a lawyer’s duties under Vermont law, including both the Rules of Professional Conduct and the Rules of Civil Procedure.

Finally, I’m only in Season 2, but something tells me that Jessica Pearson and Harvey Specter wouldn’t need an advisory opinion to proceed. 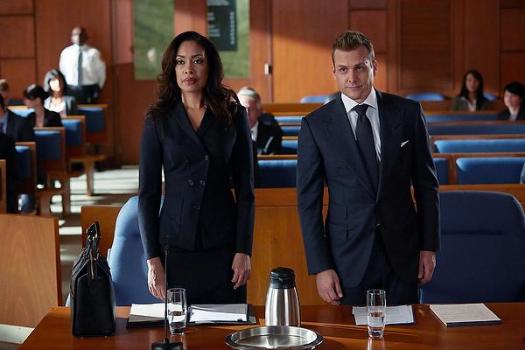