There’s a rule that prohibits a lawyer from disclosing information related to the representation of a client.  The rule encompasses:

Is the following statement true or false?

Lawyer called me with an inquiry.  Here’s my response:

With respect to testimony, which is appears in a different rule than the others?

Lionel Hutz was one of the most incompetent, unethical lawyers in the history of television.  Yet, the family at the center of one of TV’s longest running series continually hired him.

In one notable episode, Hutz sued a restaurant on behalf of a family member who was shut off despite the restaurant’s ads for an “all you can eat” seafood night.  Upon hearing the man’s story, Hutz responded “this is the most blatant case of fraudulent advertising since my case against the movie ‘The Never-Ending Story!’”

In another case, Hutz represented the man’s son after the boy had swallowed a piece of metal that was in a cereal box.  Hutz recovered $100,000 for the boy and kept $99,500 as a fee.

Earlier this year, the show was renewed for its 31st and 32nd seasons.  Yet, following Phil Hartman’s death in 1998, Hutz’s character was largely retired and hasn’t had a speaking role since.

The Simpsons. No less than THREE different readers reminded me that Hutz taught us the importance of proper punctuation.  I love my readers! 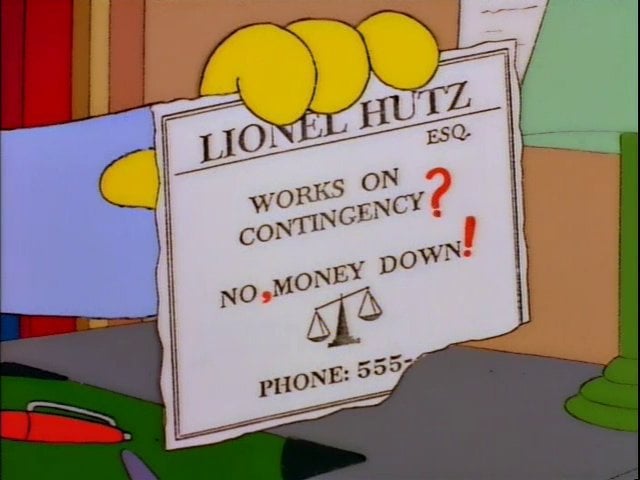 In case you’re interested, here are the Final Jeopardy clues that flummoxed contestants this week.  Answering them is NOT required to enter this week’s quiz. I include them only for those who might be mildly interested.

What is Victoria Falls?

Who is Maurice Sendak?

What is Hotel California?