Special kudos to (1) Under Pressure for a team name cleverly linked to Question 5; and (2) Kevin Lumpkin for using “Fauxstralian” to describe Friday’s example of paltering.

Last week, the quiz’s first question asked readers to name 1 of the 5 C’s of ethics.  They are Competence, Communication, Confidences, Conflicts and Candor.  This week, I blogged about the importance of a professional duty that begins with a letter that abuts C.  It’s a duty that applies no matter how “big” or “small” a lawyer views a client’s matter.

It’s the duty in the rule entitled:

One of the conflicts rules states that “a concurrent conflict of interest exists if the representation of one client will be directly adverse to another.”

The rule speaks to matters that are the same or substantially related to each other. For example, a lawyer who represents Kennedy in Kennedy v James, can also represent Brady in Kennedy v. Brady, as long as the two matters are wholly unrelated.

FALSE.  See, Rule 1.7, Comment [6]: “absent consent, a lawyer may not act as an advocate in one matter against a person a lawyer represents in some other matter, even when the matters are wholly unrelated.”

Attorney called me with an inquiry.  Attorney said “Mike, I represent a witness.  The defendant’s attorney keeps contacting my client directly. I asked him to stop.  He said he doesn’t need my permission because my client is only a witness, not a party.  Is he right?”

What was my response?

I don’t watch reality tv, but I like regular tv. In addition, I often blog about competence. I also like to blog about lawyers who are quite competent at non-lawyerly pursuits.

A few years ago, I got into a show called Mr. Robot.  One of the reasons I liked it was the fantastically competent work by lead actor Rami Malek.

Earlier this week, Malek won the Golden Globe for outstanding lead actor in a movie. In the movie, he played Freddy Mercury.  This is a hint, as is the fact that I purposefully did not name the movie.

The Windham County Bar Association held its annual dinner on Wednesday night.  Thanks to former secretary Ray Massucco, the WCBA has a wonderful tradition of presenting the minutes of the previous year’s meeting in a very entertaining way.

This year was James Valente’s first meeting as Secretary of the WCBA. He marked the occasion by channeling his inner Freddy Mercury and singing the minutes of the 2017 meeting to the tune of a famous Queen song.  By all accounts, he was fantastically competent.

Bohemian Rhapsody.  The official version is here.  True story: footage of Valente’s version exists.  I’ve watched it, and it’s even more fantastically competent than you can imagine. 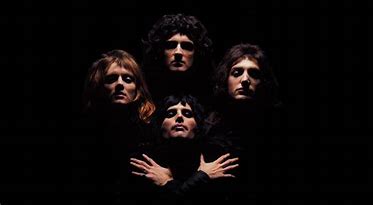