Some of you might not have found yourselves in the happiest of moods when today dawned.  That’s ok.  This too shall pass and, anyway, it’s already Wednesday.

Still, remember: don’t let the post-holiday return to work deprive you of your professionalism.

The Rules of Professional Conduct don’t require lawyers to be polite to each other.  The only rule that addresses decorum is Rule 3.5(d).  It makes it professional misconduct for a lawyer to “engage in undignified or discourteous conduct which is degrading or disrupting to a tribunal.”

Fortunately, the record isn’t littered with violations of the rule.  Over the past 30 years, there have been only 5 instances in which a lawyer was sanctioned for violating Rule 3.5(d).

Still, rule or not, my opinion is that it’s a good idea not to be a jerk.  In fact, I think it’s such a good idea that I once wrote an entire blog on it:  Don’t Be a Jerk.  It was the first post in my series on David Hoffman’s  Fifty Resolutions in Regard to Professional Deportment.

In the post, I cited to the Vermont Bar Association’s Guidelines for Professional Courtesy.  I encourage you to read them.  The last is my favorite:

While I’ve no stats to back up this claim, my sense is that such behavior contributes to an overall lack of wellness in the profession.  And, since today is Wednesday, here’s a tip: do your part for attorney wellness by not being a jerk.

Nevertheless, as the January doldrums set in, some of you might find yourself dealing with a lawyer who, for whatever reason, acts like an antagonistic, obnoxious jerk.

Finally, I’m loathe to miss a chance to weigh in on the great debates.  Which brings me to this post’s headline: Advocacy, Decorum and Grover. 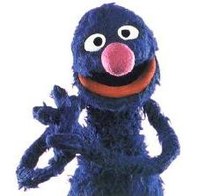 What on earth could a muppet have to do with Rule 3.5(d)?

If you haven’t heard about the Grover controversy, several media outlets have covered it, including People, Screen Rant, and TMZ.

I’m willing to listen to arguments to the contrary.  However, my initial reaction is that Grover violated the muppet equivalent of Rule 3.5(d).

2 thoughts on “Advocacy, Decorum and Grover”