Last year, I blogged on the Florida case in which a lower level court held that, standing alone, a judge’s Facebook friendship with a lawyer is not sufficient to disqualify the judge from a matter in which the lawyer appears.

This makes sense to me.  As with almost everything tech-related, I try to use analogies to non-tech stuff.  For example, if you learned that a lawyer who regularly appeared before a judge belonged to the same health club, or went to the same church, or was in the same law school class as the judge my guess is that you wouldn’t reflexively yell “conflict! disqualify the judge!”

No, you might ask something as simple as, “do they actually know each other? If so, how well? Do they do stuff together?”

In my view, Facebook is no different.  Florida’s Third District Court of Appeal agrees. The opinion presents a fantastic analysis of what it means, if anything, to be Facebook friends with someone.

The decision directly conflicted with another from a different Florida district.  So, the Florida Supreme Court agreed to resolve the issue.

Today, the Court issued its opinion.  For those of you who like to cut to the case, here you go:

I like the opinion.  I like it because it resolves a “tech” issue by analogizing to how we did things pre-tech.  To summarize:

From there, the Florida Supreme Court observed that its decision is consistent with the majority of states that have addressed the issue.

Finally, remember: just like real-life relationships, a Facebook friendship or other social media connection might create an appearance that provides a basis to inquire further.  So maybe it’s best to avoid such connections.

For now, here’s the final paragraph from the Florida opinion: 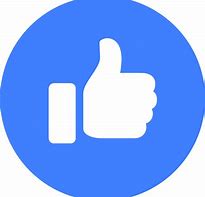