I’ve got nothing.  136 doesn’t trigger a single memory to share in today’s opening.  Still, the writing’s on the wall.

Perhaps I’ve got nothing because I’m exhausted. Why am I exhausted?  Thank you very much for asking!

I’m not sure.  I moved last weekend and have been scattered ever since.  But I doubt that’s it.  No, it’s probably because in the midst of the move I stayed up very late for 3 consecutive nights, including one night that I was up until 3:45 AM.

Now, lest you accuse me of actively using the truth to mislead, I best confess: I wasn’t up late to pack, clean, or do other things associated with moving.

I was up late watching the Boston Red Sox win the World Series!

Alas, as happy & excited as it made me, I’m left to wonder if a chapter of my life has ended.  It’s a chapter I’ve referenced often in these pages.

My history with the Red Sox is deep & complicated.  Key threads in the fabric of that history?  My dad & my superstitions.  For example, my earliest sports memory is of my dad waking me for the final out of the Red Sox playoff win in 1975.  Then, of course, he and I combined to jinx Boston in 1986, inadvertently causing Bill Buckner’s outrageously incompetent error.

This year, Boston won the first 2 games of the World Series.  The next day, my dad drove back to his house in North Carolina.  The day after he got home, Game 3 began.

It began at 8PM our time and ended nigh 3:30 AM, with the Dodgers pulling out a miraculous win in the 18th inning.  By all rights, Boston should have won the game in the 13th inning. I’m not exaggerating.

With 2 outs in the bottom of the 13th and the Sox ahead by 1, an LA player hit a ground ball to Ian Kinsler, Boston’s 2nd baseman.  The only thing standing between the Red Sox and victory was Kinsler doing what any competent 2nd baseman would do: remain standing.  Instead, he fell flat on his face.  As he did, he threw the ball wildly to first, allowing the tying run to score.  The Dodgers went on to win 5 innings later.

The error was so outlandishly incompetent that I was convinced it was a sign that Boston would go on to lose the series.  And, it was so reminiscent of Buckner’s ’86 gaffe, one caused by my dad and me, that I was equally convinced it happened only because my dad had driven back to North Carolina instead of watching the end of the series where he had the beginning: my couch.

Thankfully, Boston recovered and won the next two games to win the title.  We didn’t jinx this one!!

Which made me wonder?  Do jinxes not exist?  Should I finally grow up and stop believing in superstitions?

In fact, the only reason the Sox recovered from Kinsler’s gaffe is because of the power of the Neil Diamond lock screen!  That’s right, by doubling down on superstition earlier in the playoffs, I’d provided us with an antidote to my father’s jinxous decision to head back south!  Thank you Suz!

The Red Sox reign again.  And, for me, so does Stevie Wonder.

There’s a type of representation that most lawyers believe is mandated by the Rules of Professional Conduct.  It isn’t.

What “Z” word is no longer part of the rules?

There’s a rule that prohibits lawyers from advising or assisting a client to violate the law.  In Vermont, the rule causes concern among lawyers who provide advice related to a particular product.  What’s the product?

Which is associated with a different rule than the others?

70 years ago tomorrow, many US newspapers (in)famously ran headlines that, in gigantic type, contained the same affirmative misstatement of a material fact.  The misstatement referred to a lawyer who’d first made a name for himself by prosecuting mafia figures, including Charles “Lucky” Luciano.

Believe it or not, this ties to the Red Sox.  The lawyer died in 1971. One of the very last things he did before dying was play a round of golf with Red Sox legend Carl Yastrzemski. 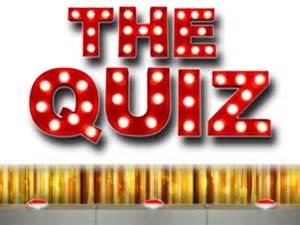