When I was a kid, my head was so big that baseball hats and football helmets wouldn’t fit.  So, one of my best friend’s brothers always called me “Mr. Potato Head.”

I didn’t love the name. 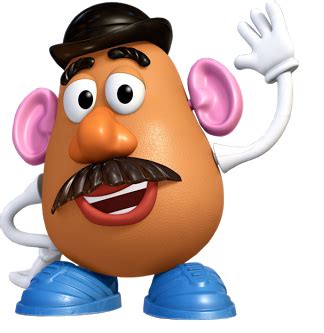 But maybe it’s better than having a federal court reprimand me for “errors made with an empty head.”

As reported by Bloomberg’s Big Law Business, the Court of Appeals for the 7th Circuit recently did exactly that to an Illinois lawyer. The order is here.

The lawyer’s troubles began when the appendix to a brief she filed included material that should have been redacted.  Opposing counsel notified the court.  The court ordered the lawyer to file a redacted appendix.

She did.  Along with a brief that included “substantial changes . . . altering both propositions of fact and law.”

Opposing counsel asked for an extension of time to reply to the new propositions.  The court granted the extension, but ordered the lawyer to “file a new brief, identical to the original, making only the changes required to redact information in the appendix.”

As the appellate court noted, “yet again, changes had been made.”  The new filing “did not match either” of the first two.

The court ordered the lawyer to file a new brief that matched the original and to show cause why she should not be disciplined.

Lawyer argued that the original order to redact the appendix implied that she could change the brief that it accompanied.   Per the court, “we accept her assertion that she believed that she could do so, but errors made with an empty head are hard to excuse.”

The court added that “making an error once is bad; making it twice in a row . . . is unfathomable.”

But for the fact that the court reprimanded the lawyer instead of imposing a more serious sanction, this might have qualified for Was That Wrong?

Don’t be an empty head.