Late post today.  Sorry about that! Did you think I retired? I didn’t.  That was the other Kennedy.  As Shaggy say, it wasn’t me.

Anyhow, as for 1-2-3, I didn’t feel like writing about the Jackson 5 song.  So, instead of focusing on the number, I’m tying this week’s intro to the World Cup.  And, to do that, I don’t think there’s anyone more suited to discuss the A-B-C’s of legal ethics and soccer than Vermont’s own Scott Mapes.  Scott is a lawyer and long-time high school soccer coach.  He was kind enough to respond to my pathetic attempts to frame soccer in terms of legal ethics.

And, as an aside, if there’s a lawyer who is more competent at gardening than Scott, I’d be shocked.  If his house isn’t on the home tour for flower gardens, it should be!

MK:  Scott – I often blog & speak about Rule 1.1 and a lawyer’s duty of competence.  Lately, some in the profession have expressed concern about declining competence.  In soccer, two of the world’s most competent national teams – Italy & Germany – didn’t make it to the knock out stage at the World Cup.  Italy didn’t even qualify for the tournament!  Does that reflect a decline in those nation’s competence or, perhaps, is the rest of the world that much better now?  In other words, in the soccer world, is it akin to there being more good lawyers than there used to be?

Scott:  You are spot on……the rest of the world (but perhaps USA) are getting much better.   Look at Saudi Arabia, Egypt, Morocco, Iran, Tunisia, Nigeria, Senegal, Korea and ICELAND – some of those countries do not even have professional leagues let alone stadiums!   Germany is out because they could not score.

Mike: Not scoring is not competent!  Ok, conflicts of interest are always a hot topic in legal ethics.  Speaking of conflicts, I drive by your house on my way home from work.  I’ve lost track of the number of nation’s flags I’ve seen flying on your porch. Who exactly are you rooting for??

Scott:  Well it was Germany – but now I am rooting for great games!

Mike:  For the most part, the games have been great.  But, an author just released a book that details corruption at the highest levels of FIFA, soccer’s governing body.  The scandal, coupled with reports that FIFA and Russia colluded to bring the World Cup to Russia and, again, to cover-up doping by Russian soccer players, leaves me wondering: as great as the product is on the turf, are you bothered by the perception that it’s run by a bunch of unethical folks who should face the equivalent of disbarment? Or, is it like anything else: show me billions of dollars in play and I’ll show you unethical conduct?

Scott: Money, unfortunately, talks. FIFA is the largest sports organization in the world. It is, and has been, above any country’s ability to fully govern.  That said, FIFA is the only entity to carry out two World Cups every 4 years (men’s and women’s).  No other entity could do it.  I think great attention is being paid to the ethical concerns we all hear about.  But for a few players running afoul with potential doping, few at this high a level do.  Mainly due to the risk of being banned.

Mike: Sanctions are a deterrent to misconduct! Ok.  The Rules of Professional Conduct include a rule that prohibits conduct that is discourteous, undignified, and degrading to a tribunal.  Some soccer players seem ready to win Academy Awards for their antics in response to the slightest touch from an opponent. I think Neymar barrel-rolled 8 or 9 times yesterday after being tripped.  Thoughts on such conduct?

Scott:  First and foremost, the “antics” you point out are about toughest aspect of the game to regulate or officiate.  I can tell you it hurts getting stepped on by cleats, kicked in the shins or ankle (ouch) where there is NO protection, or getting bounced when you least expect it – so many of these situations are true displays of great discomfort – yes short-lived – but nonetheless painful.  That said, there are also an equal number of situations where players seek to bait a call with their “antics”.  If in the referee’s opinion that is what is happening, the player risks verbal admonishment, a yellow card for unsporting behavior, or potential a red if deemed an attempt to truly mislead the outcome the game.  Aside from maybe a shin guard, these athletes are hurling themselves at ball and opposing players (it is a contact sport) at full speed while having to run 10-15 kilometers over 90 minutes.  You can appreciate these are feats few athletes in most other teams sports endure, perhaps aside from basketball.

Mike: Speaking of yellow cards, Japan & Senegal tied for 2nd in their group.  Japan advanced, because it had fewer yellow cards than Senegal. Is that like winning a trial because the court granted a higher percentage of your objections than were granted for the other side?

Scott: I would look at it like this: in the soccer tie breaker world,what aside from wins, goals for, and goals against should be rewarded? Fewer “cards” is always a compliment.  Therefore, if a tie-break is needed, it seems appropriate.  The analogy I would make in the legal arena is, say, a jury that tends to side with the arguments, demeanor and presence of one attorney over the other. It’s that kind of intangible where we reward good, positive, and redeeming behavior.

Mike: Good point.  So, on positive & redeeming behavior, like me, you played & coached.  When I coached high school basketball, we fought like hell to beat each other’s teams, but rival coaches were (and are) among my closest friends.  Once the final horn sounded, we’d be breaking bread together, hanging out together.  A few weeks ago, I blogged that I couldn’t imagine my life without the people in it, most of whom I know through coaching. I’m not positive, but I’m fairly certain that you were the same way with the guys you coached against.  Lawyers don’t seem to treat each other the same way.  Could we, as lawyers, learn something from high school coaches?

Scott: OMG ABSOLUTELY!  In my 18 years at BHS (12 as assistant and the last 6 as head coach) I had the most awesome pleasure of coaching against some of my life long and dearest friends, who I i had only been introduced to through soccer.  To this day, while all are mostly out of the game, we still hold “Coaches Meetings”.  Dan Shepardson was at CVU (teammate from Norwich); Dave Bahrenburg was at Colchester (best friend I was his assistant at BHS); David “Moon” Martin at SBHS (he was my assistant for my last 6 years at BHS varsity); Chris Conte (a teammate in high school) was at Enosuburg; Jim Hubbard (a teammate in high school) at MVU. We all played together for years on the same men’s league team.  And for the most part I have not found or experienced any of that kind of camaraderie in the legal profession.

Scott: As you probably know, the answer lies in 1) your ability to communicate and 2) your ability to communicate.  If you are good at it, you will likely received fewer of those calls/emails/complaints. I returned to coaching at BHS the last two years at the JV level.  Last year,  I carried 29 kids, fashioned a JV A team and a JV B team, and I had every parent and kid remarking how positive the experience was for them mostly as a result of my communications being frequent, and repeating what everyone needed to know as far as team philosophy, team rules, and expectations.

Mike:  Exactly! Set and manage clear expectations!  Ok, last question: understanding that I just linked to a blog that suggests that lawyers should not predict specific outcomes for clients, but should manage expectations, who do you predict will win the World Cup?

Mike: Good job! I’ll expect the winner to come from that group!  Thank you Scott!

The phrase “in the same or a substantially related matter” is most often used in connection with a rule on:

Which doesn’t belong with the others?

Client sued Lawyer for malpractice.  Lawyer offered to settle the claim.  The offer included (1) a monetary payment to Client; and (2) an agreement not to handle any cases of the type Lawyer handled for Client.

The settlement offer violates the Rules of Professional Conduct.

Yesterday, Lawyer received a letter indicating that Disciplinary Counsel had selected Lawyer for a “compliance exam.”   Compliance with what?

Speaking of lawyers and soccer, who doesn’t belong with the others? 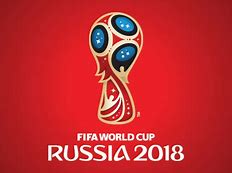