Two things are missing from this list.  What are they?

The language is from the First Amendment.  The missing items are:  freedom of the press, and right to peaceably assemble.

In October, the VBA’s Pro Bono Conference will include a “TED-Talk” on due process & municipal boards.  The phrase “due process” appears in two amendments.  Which two?

Delaware was the 1st state to ratify the Constitution.  Very recently, and in response to a U.S. Supreme Court decision that involves states’ rights, Delaware became the 2nd state to allow what?

Commerical Sports Betting.  The decision was Murphy v. NCAA.  The New York Times covered it here.  The over/under “correct answers” for this question was “67% of respondents.”  It went over.

Thaddeus Stevens was born in Vermont.  He practiced law in Pennsylvania and, eventually, was elected to the U.S. House of Representatives.  In Congress, Stevens played a critical role in the drafting & passage of what has been called both a “mini-Constitution” and the Constitution’s most important amendment.

Which amendment? And, who played Stevens in the movie Lincoln?

The 14th Amendment.  Last year, the ABA Journal posted: The 14th. A Civil War era amendment has become a mini-constitution for modern times.  For a bit on Stevens’ involvement, see this morning’s postthis morning’s post from Lancaster Online. 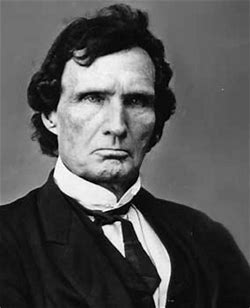 One thought on “Monday Morning Answers #120”