Warning: today’s post isn’t as light-hearted as some of the #fiveforfriday intros.

The Substance Abuse and Mental Health Services Administration is a branch of the U.S. Department of Health & Human Services.  In 2015, SAMHSA conducted a national survey on drug use and health.  The survey found that approximately 4% of Vermonters had experienced serious thoughts of suicide over the previous year.  The Vermont results are here.

There are approximately 2,700 lawyers with active licenses in Vermont.  If lawyers suffer at the same rate as other Vermonters, 108 Vermont lawyers have had serious thoughts of suicide over the past year.

Okay, I know the math might not be accurate.  However, consider the following:

In 2016, the ABA’s Commission on Lawyer Assistance Programs and the Hazelden Betty Ford Clinic released a study on lawyers’ behavioral health.  The ABA announced the study’s results here.

Per the announcement, the study revealed “substantial and widespread levels of problem drinking and other behavioral health problems in the U.S. legal profession.”  In addition, the study “determined that lawyers experience alcohol use disorders at a far higher rate than other professional populations, as well as mental health distress that is more significant.”

So, given that lawyers suffer at higher rates than other professionals, 4% might not be too far off.

Fact: in the past 3.5 years, 5 Vermont attorneys have committed suicide.

Fact: since September 2016, as many lawyers have had their licenses transferred to disability inactive status due to mental health or substance abuse issues as did in the previous 16 years.

Fortunately, the profession has started to address it.

In response to the ABA/Hazelden Study, three groups spurred creation of a National Task Force on Lawyer Well-Being.  The groups:

Last summer, the National Task Force published “The Path to Lawyer Well-Being: Practical Recommendations for Positive Change.”  The report makes a series of recommendations to the legal profession’s various stakeholders and urges state supreme courts to form committees to review the recommendations.

For example, I’m on the Commission as the representative from the “attorney regulators” stakeholder group.  My sub-committee includes one representative from each of the following: the Professional Responsibility Board, the Board of Continuing Legal Education, the Board of Bar Examiners, the Character & Fitness Committee, and the Judicial Conduct Board. I also appointed a lawyer who has long represented lawyers and judges in professional conduct investigations and prosecutions.  My sub-committee will review and report on recommendations that the Court’s various regulatory bodies ensure that lawyer health & wellness is prioritized throughout the licensing/regulatory scheme.

The Commission’s work will be the subject of the plenary session at the Vermont Bar Association’s upcoming midwinter meeting.  For more information, including how to register, please visit this site.

As I’ve blogged, the report from the National Task Force is a call to action.  In my view, we have duty to keep this issue on the front burner.

Other posts on this topic:

Which is different from the others?

There phrase “persons of limited means” appears four times in a single rule.

What’s the topic of the rule?

There’s a rule that prohibits a lawyer from counseling or assisting a client to engage in conduct that the lawyer knows is criminal or fraudulent.  In 2016, a the Supreme Court adopted a Comment to the rule.  The Comment makes it clear that lawyers may:

There’s a rule that prohibits a lawyer from doing something, unless it’s:

Vincenzo Leoncavallo was an attorney and judge in Italy.  In 1865, he presided over a murder trial that involved a love triangle: the victim was stabbed to death by a romantic rival.  The victim was Judge Leoncavallo’s son’s babysitter.

Fast forward to 1910.  It was then, 108 years ago,  that the first public radio broadcast took place.  The broadcast was of 2 operas.

One of the operas had been composed by Judge Leoncavallo’s son.  It involved a love triangle in which Silvio was stabbed to death by Canio, a jealous romantic rival.

Bonus: name the character for whom Silvio and Canio shared dueling affections. 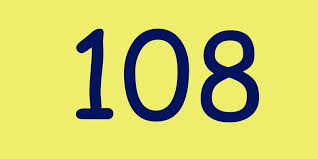