Was That Wrong? is a semi-regular column on Ethical Grounds. The column features stories of the absurd & outrageous from the world of legal ethics and attorney discipline. My aim is to highlight misconduct that I hope you’ll instinctively avoid without needing me to convene a continuing legal education seminar that cautions you to do so. 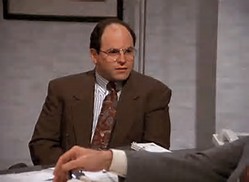 Today’s lesson comes courtesy of two lawyers who were disbarred in California. As I alluded above, it’s a love story: our disbarred lawyers are married to each other!!! The story has been covered by Above The Law, the California Bar Journal, and OC Weekly.  I recommend the OC Weekly’s post.

Someday I hope to launch a YouTube channel tied to this blog.  When I do, I’ll adapt Was That Wrong entries to the screen.  Here’s how I envision scripting today’s:

For more, here are the previous entries in Was That Wrong?

2 thoughts on “Was That Wrong? Framing a volunteer at your kid’s elementary school for a drug crime.”