Firm represents Client.  The matter settles and Firm receives an insurance check for $50,000.  Firm notifies Cient and deposits the check into trust.

Firm presents client with an accounting that indicates that Client owes Firm $15,000. Firm is prepared to disburse the remaining $35,000 to Client.

Assume that nobody other than Firm & Client have interests in the settlement.  Which is most accurate?

Section (e) requires a lawyer to disburse funds that are not in dispute.  Section (a) prohibits commingling.  So, there is $45,000 that isn’t in dispute: Client’s $35,000 and the $10,000 Client agrees is owed to Firm.  Those portions must be disbursed, with the disputed $5000 remaining separate until the dispute is resolved.

Attorney called with an inquiry.  I listened, then said:

Given my statement, it’s most likely that Attorney called to discuss:

Lawyer represents Emmit in a dispute with a government agency.  Lawyer learns that the agency interprets a regulation in a particular way.

Lawyer also represents Ray.  Ray is involved in a dispute with the same government agency, one that involves the same regulation.

Of the following, one has not traditionally been treated as a rules violation, viewed instead as a mistake that does not rise to the level of an ethics violation.  In my opinion, that should soon change, and the conduct should be considered a violation of the rules.

Somewhat of a dichotomy given the weekend . . .

This lawyer collapsed and died of a heart attack near his Washington, D.C. home in 1988.  He was buried with full military honors in Arlington National Cemetery – in part because of his service in the U.S. Navy World War II, and in part because he once held a cabinet position.  The cabinet position: Attorney General of the United States.

In 1976, the lawyer was disbarred by the State of New York as a result of having been convicted of crimes that took place while he served as U.S. Attorney General. 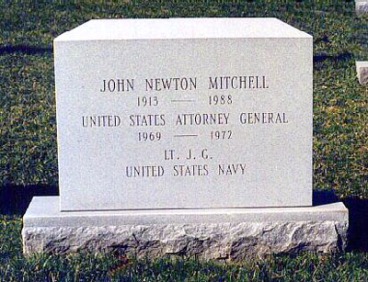 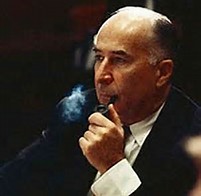