Friday’s quiz is HERE.  The answers follow the Honor Roll.

Today I’m dong a CLE for the Workers’ Compensation bar. Let’s take a question from their world.

Wood represents Plaintiff.  Wood has actual notice from Plaintiff’s health insurer that the insurer has a lien on any recovery.

Richards represents liability carrier.  In connection with settlement, Richards ask Wood to execute an agreement that Wood will personally indemnify and hold harmless the liability carrier for any of Client’s unpaid liens.

See, VBA Advisory Ethics Opinion 2013-01; Wood by creating a conflict of interest & providing financial assistance to a client; Richards by inducing Wood to violate the Rules.

Lawyer called me with an inquiry involving Client and  Other. I listened.  Then, I said

What is Other’s involvement with this situation?

Other is paying for Lawyer to represent Client.  See, Rule 1.8(f)

Associate leaves Small Firm to take a job at Large Firm.    Which is most accurate?

This is Vermont’s Rule 1.10(a)(2).  The Vermont rule is more broad than the ABA Model Rule.  When a lawyer changes jobs, the ABA rule allows the new firm to screen the attorney even if the attorney participated personally & susbstantially in the matter while at the old firm.  Also, Vermont Rule 1.10(a)(2)(ii) and (iii) impose significant requirements beyond mere screening.

In that Vermont’s rule is more broad than the ABA’s, there is some concern that it limits job opportunities in a small state.  The counter-argument is that client loyalty and confidences are paramount.

Nationally, which is most common with respect to  Electronically Stored Information?

Identify the event that resulted in the American Bar Association deciding that legal ethics/professional responsibility should be a required course in law school.

Watergate.  See, ABA Journal, “Watergate’s Lasting Legacy is to Legal Ethics Reform, Says John Dean.” (that’s the Watergate complex, front left, on the banks of the Potomac, next to the Kennedy Center) 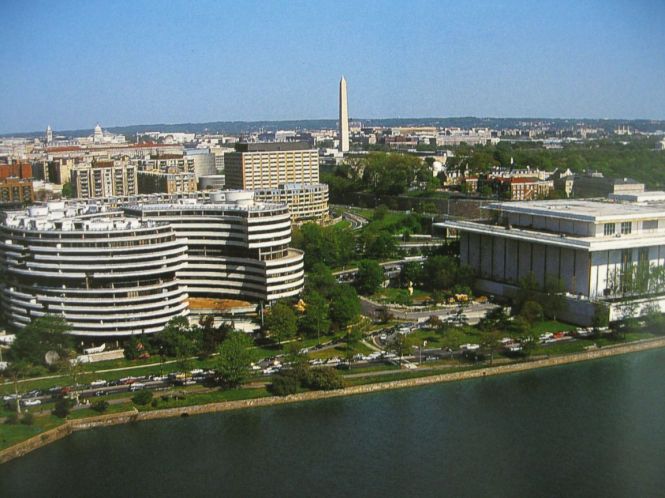